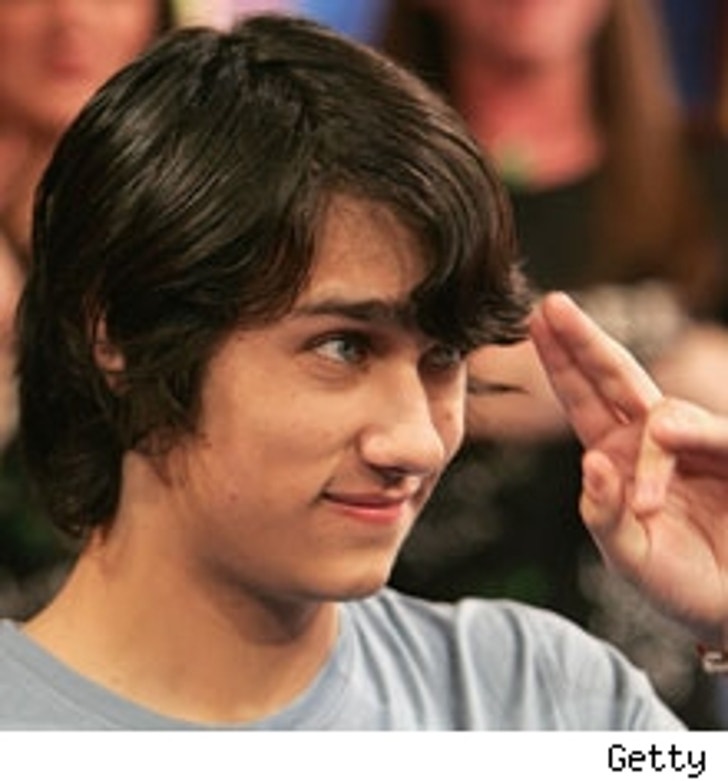 When you hear of musicians who've been writing songs for a decade, you typically aren't talking about a teenager. Of course, there is nothing typical about Teddy Geiger. The 18-year-old penned his first tune at age 8 and has been playing guitar and piano ever since. In the middle of a headlining tour, Teddy took some time out to for quick chat with TMZ yesterday.
Hailing from Rochester, New York, Teddy's first commercial release was an EP called "Step Ladder" put out by an indie label. That title proved prophetic as Teddy used it to climb out of the indie ranks into the major label game. His debut for Columbia Records, "Underage Thinking" came out this April and Teddy has seemingly been everywhere ever since. He's even managed to be the first male on the cover of 17 Magazine in five years.
Teddy's talent isn't limited to music either as he's had plenty of tv time already in his young career. He says he didn't start out to be an actor. However, after making the finals for Vh1's "In Search of the New Partridge Family" he landed a supporting role, appropriately enough as an aspiring singer, on the series "Love Monkey." Teddy says he is currently reviewing movie scripts and if the right role comes along you may see him up on the big screen. But, right now he's focused on the music and is enjoying his rising stardom while remaining genuinely grateful to be able to get his music in front of so many people.
His current single "These Walls" is in the Top 40 and allows him to do a little showcasing for his love of technology. If you look closely at the video you'll notice Teddy sporting some Levi's iPod capable RedWire Jeans (he's a spokesman for the brand). The jeans have a built-in docking cradle for your iPod with volume and selection controls right on the waist band. So, you can have Teddy and all your favorite artists right in your