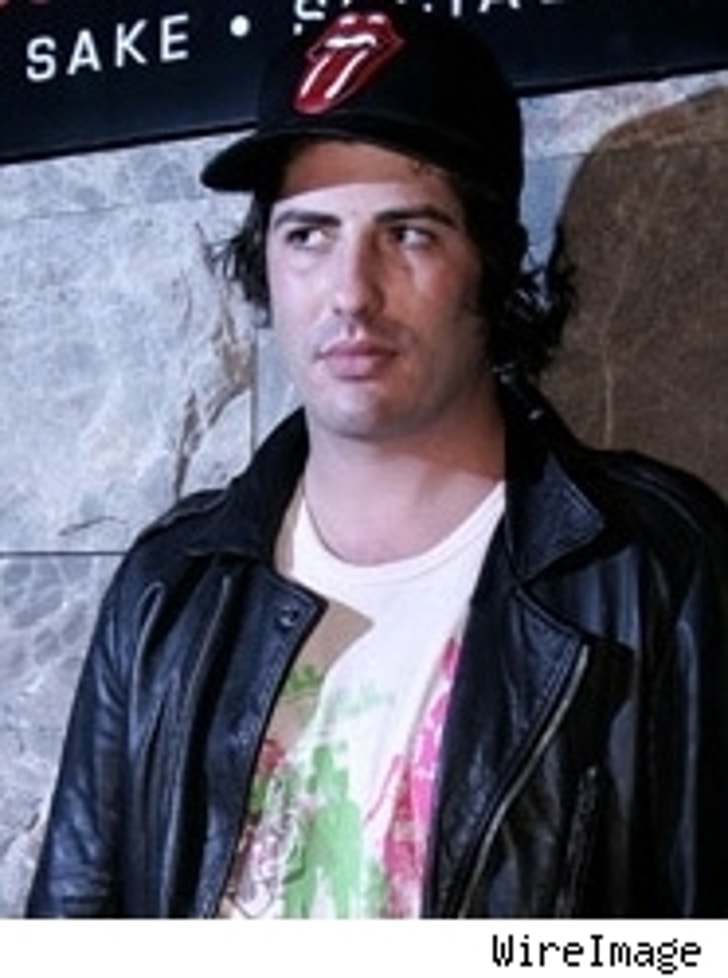 Now that Paris Hilton and Nicole Richie are back on track, Brandon "Greasy Bear" Davis must be feeling a little left out. What's more, he clearly never learned that if you don't have anything nice to say, don't say anything at all.

The man who brought the word "Firecrotch" to America has a new target for his misplaced enmity (and generally runny mouth) these days: Nicole. Page Six reports that Richie and her new-again BFF Paris were watching Debbie Harry perform at a T-Mobile Sidekick 3 party in LA when Davis suddenly turned to Richie and started screaming obscenities at her until she finally left in disgust. (The cause, as far as can be speculated, was the girls' throwing rose petals around.) At the rate Davis is going, he's not going to have any friends left in Hollywood-if he ever really did.

Duane "Dog" Chapman's in the clear -- for now. A Mexican court has ruled that the case against the famed bounty hunter should be halted until more witness testimony and evidence are gathered. (Chapman was threatened with extradition to Mexico for capturing convicted rapist Andrew Luster in 2003; bounty hunting is a crime in Mexico.) At a news conference Friday in Hawaii, Chapman said, "If it comes out right, would I do it again? You damn right." His case has won him friends in high places -- 29 congressmen have sent a letter to Secretary of State Condoleezza Rice asking her to halt the extradition. "These guys know where to run. Where can we go so the Dog can't catch us?" he concluded.

Reporters aren't generally known for their telegenic personalities, but New York Times reporter Lola Ogunnaike has proven the exception. The Times arts writer filled in on last Monday's episode of "The View," where, by all accounts, she was a success-she was even able to hold her own against Rosie. But as the LA Times' Scott Collins notes, her appearance is potentially ethically murky for a Times reporter-especially since Ogunnaike filed two stories recently about "The View"'s network, ABC. One was about "Grey's Anatomy" creator Shonda Rhimes, while the other was about the show "Ugly Betty," and in neither story did Ogunnaike disclose that she'd appeared on "The View" (which apparently wants to have her back). Ogunnaike was paid union wages for her appearance on the show.

The Cesar Millan story just gets uglier. As TMZ reported yesterday , the Dog Whisperer has been clashing with animal rights activists who want to see his show yanked from the air. Now Page Six reports that he's in more hot water with animal rescue organizations in LA. For years, Millan has allowed humane organizations and shelters in the LA area to send their pooches to his Dog Psychology Center in South Central LA for rehabilitation and shelter for only $15 a day. But Millan recently gave notice that he plans to close the Center, and that the organizations have to pick up their dogs by Dec. 15. But Millan's business partner insists the story's been exaggerated. Millan, he says, is only looking for new, bigger space for the dogs, and that only five dogs need to go-and they've all been rehabilitated. Still, he hasn't found that space yet, and the clock is ticking.