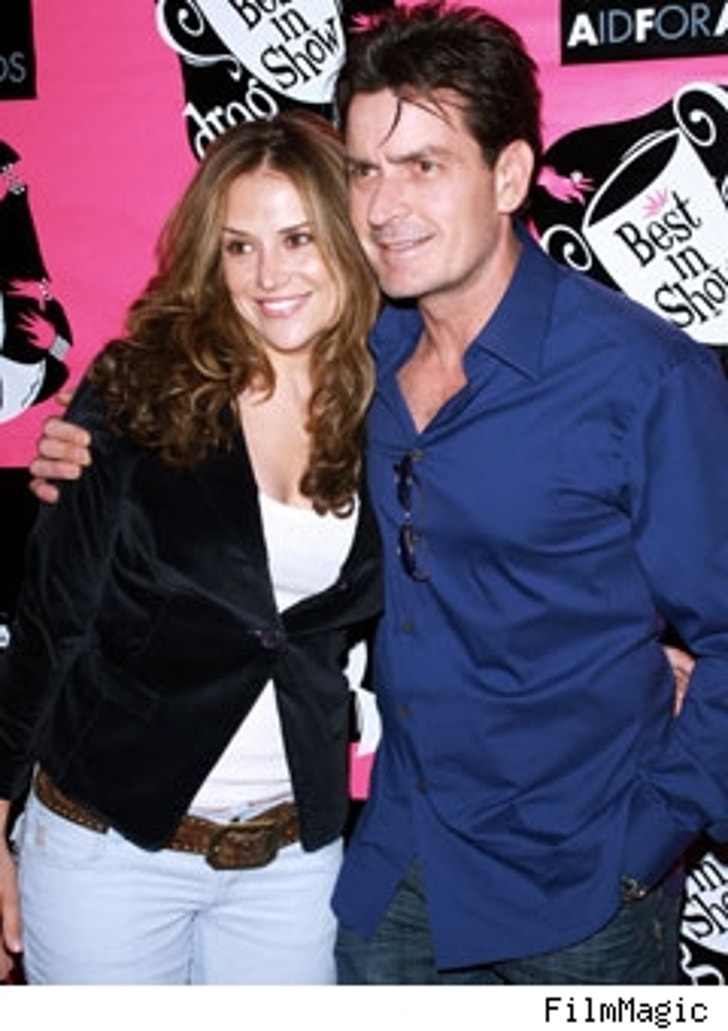 Charlie Sheen and girlfriend Brooke Mueller showed some love for the gays Sunday night at a fundraiser for Aid For AIDS in Los Angeles. The event is an annual, er, beauty pageant where seven contestants in drag battle it out for the title of "Best In Show 2006."

Charlie was one of several celebrity judges who helped pick the winner. Donating nearly four hours of his Sunday night was not the only way that Charlie showed his support, he also made a very generous $10,000 donation to the organization.

The $250,000 raised last night goes towards helping people living with HIV and AIDS pay their rent, utilities and buy groceries when they are sick and incapable of working. Thanks to Charlie, someone will be able able to keep a roof over their head and food in their stomach.