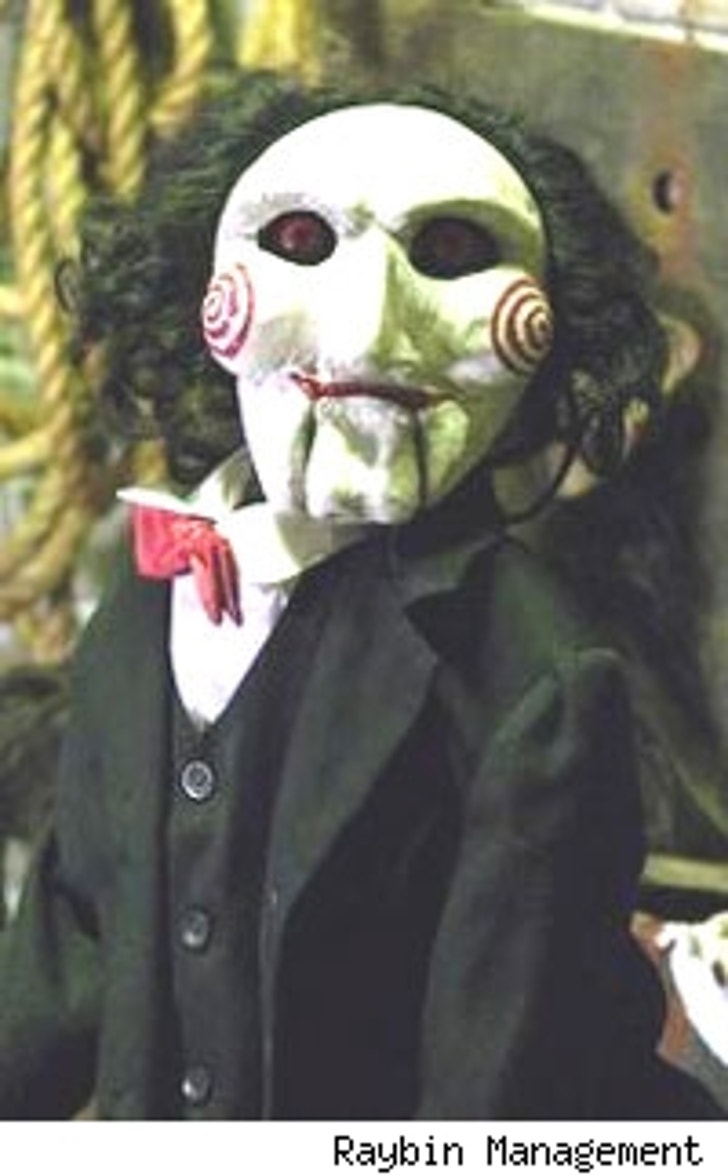 Every neighborhood has that one annoying family who puts on the haunted house, trying to make everyone else on the block feel inferior with their boring ol' candy bowl.

Well, this year you'll show those over-achieving tools -- and eBay is going to help you. First, they have a Face Hugger from the film "Aliens." What's going to scare the kids more then a arachnoid alien trying to shove its alien spawn down your throat? The 50-inch prop was used in the scene, you'll remember, where the medical lab is being examined.

And if the young children on your block weren't born when "Aliens" came out in 1986, eBay's got an item that's a little more current. The incredibly creepy puppet from the film "Saw 3" is up for auction. The 48-inch tall puppet, used in the film, comes complete with a remote that moves the eyes and mouth. If that doesn't scare the neighbors, then you should consider moving, because them people ain't right.