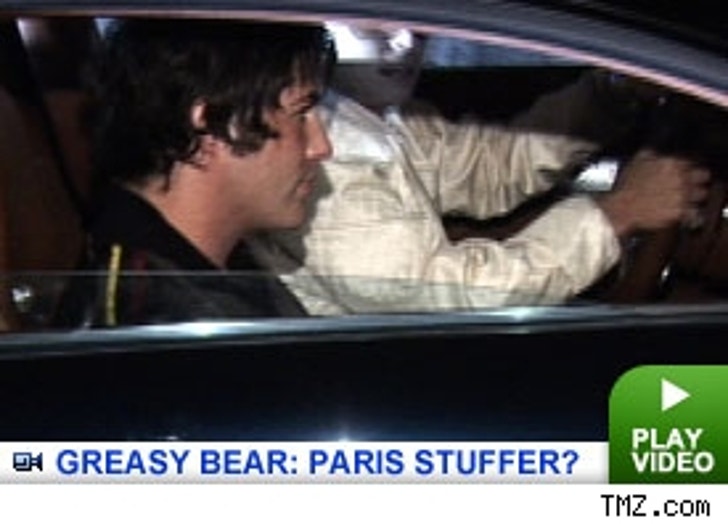 TMZ's Josh Levine was back out on Monday night doing what he does best -- catching all the celebrity action in Hollywood.

Brandon "Greasy Bear" Davis hit the scene last night along with fellow Paris Hilton posse member Scott Storch at the Ripe TV Halloween party. The heiress, however, was nowhere to be found. As the guys got back in the car, a photog asked, "Where's Paris?" Greasy Bear responded, "She's in the trunk!" We hope he was kidding.

Over at Hyde, Ashlee Simpson made her triumphant return to American soil, heading straight to the nightclub just hours after getting off a cross-continental flight. Jessica's 'lil sis has been working hard in England for the past couple of months, starring in the London stage production of "Chicago." Ashlee, looking a little jet-lagged, rolled up with Peter Wentz of Fall Out Boy and seemed damn glad to be back home.

The freshly single Kevin Connolly also hit the club last night, arriving with a brand new mystery woman. Also hitting the town, Elisha Cuthbert, comedian-actor Kevin Hart and Leonardo DiCaprio, who tried to make a stealth exit out the back.