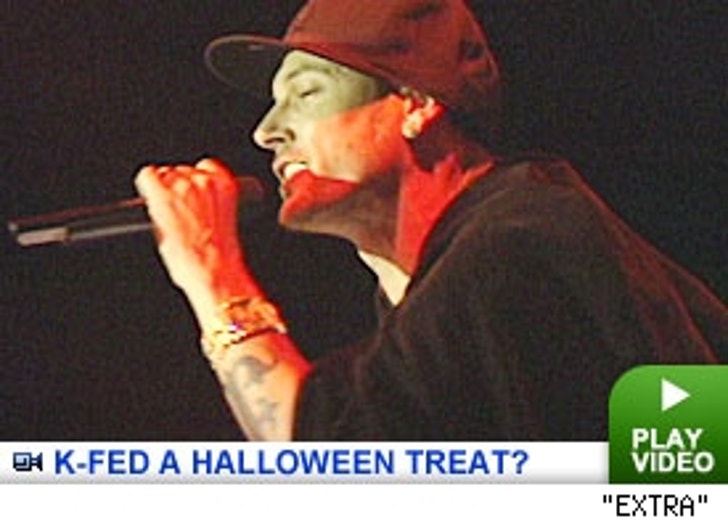 Kevin Federline calls himself "America's Most Hated" and last night he proved it, as his Halloween performance was met with a chorus of boos -- and not of the ghostly variety.

Before the first beat dropped from his new song "Privilege," Federleezy was bombarded with jeers from the costume-clad crowd at the West Hollywood Halloween Carnival. To his credit, the ratio of haters-to-fans hovered somewhere around 50-50, with at least half the crowd actually screaming in anticipation of K-Fed's performance.

Though rumors (and high hopes) floated through the crowd that his wife, Britney Spears, would make a surprise appearance, everyone seemed let down when Federline sang his one song and quickly bolted to his album release party in a white Rolls Royce Phantom.