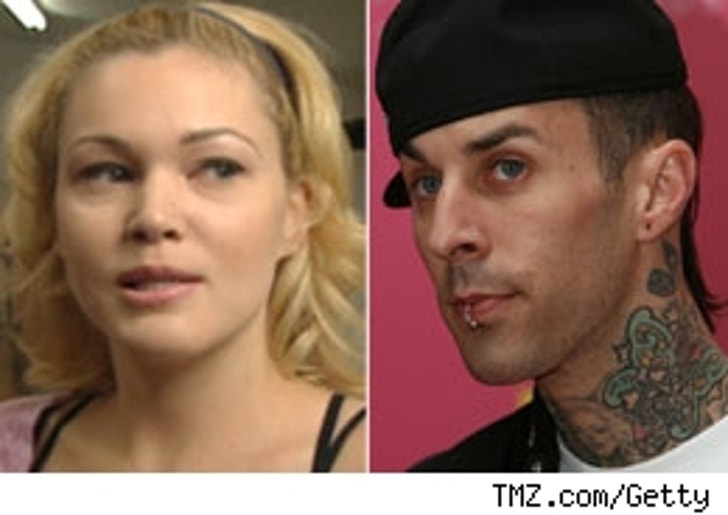 We knew it was coming and here it is. Shanna has responded to Travis' MySpace rant on her official MySpace page. "I am NOT the one running around the world with the town drug obsessed clown" the estranged Mrs. Barker barks, in a clear reference to Paris Hilton. Meow! If the Hilton/Moakler feud had fizzled out, this remark will spark the snark.

The actress states that she feels that battling out their "separation in the public arena is ... in poor taste," but she still must defend herself. She goes on to claim that Travis is only revealing parts of the story which allow him to escape unscathed.

The "Dancing" starlet attacks the fact that Barker is "flaunting his spiteful and vindictive relationships" in her face.

As for the "Divorce Party," Shanna writes that she will, in fact, enjoy it. She will celebrate a day that "wasn't the end of her life, but rather the beginning." According to Moakler, this will be "the last time she defends herself" against people "whose motives are to LIE and knock others down."

Looks like Donald Rumsfeld should be running this mess o' war.