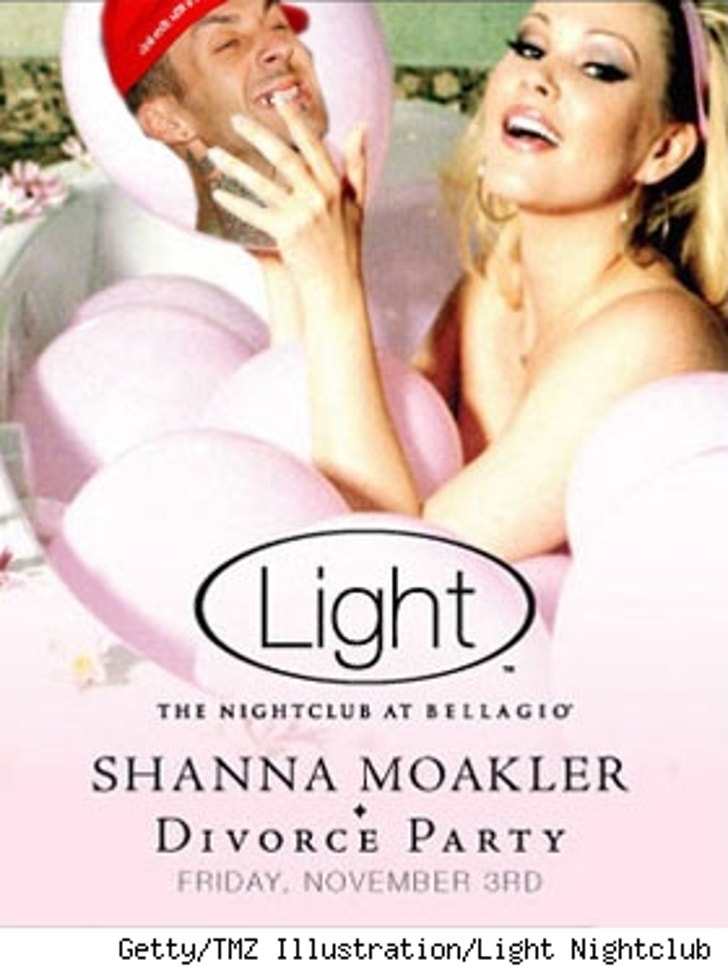 Travis Barker and Shanna Moakler's marriage may be over, but sparks are still flying. Once again, shots are being fired from MySpace. Last night, Travis posted on his official MySpace page, dissing the "Divorce Party" being hosted tomorrow night by Shanna at Light nightclub in Las Vegas. Barker moaned that he is saddened by the event, which celebrates the end of their wedded, er, bliss. Barker says it brings on the "urge to puke."

He goes on to say that he is in no way shocked by Shanna's party antics, especially since "this is the same wife that emailed me to tell me she would be sleeping with her new boyfriend in my bed the day of our anniversary 2 days ago" (sic). Travis claims that Shanna is trying to play the victim, however, if that's the case with this party, we think it will have the opposite effect.

Besides venting on MySpace, Travis says that his next step will be simple: "I'm gonna say a long prayer for her, she needs it." Let's hope the Lord is listening.