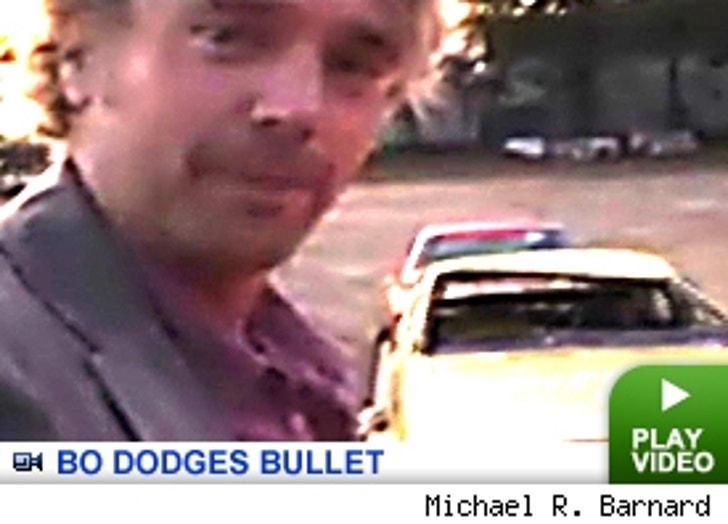 Shattered glass and broken parts dangled from the window of a Dodge Charger being towed by "Smallville" co-star John Schneider yesterday, after the actor was apparently shot at while driving to the premiere of his new movie, "Collier & Co."

"Near as I can tell, somebody ... was tryin' to shoot a deer and wound up shootin' the traveler!"

No one was injured in the Deliverance-like escapade. Schneider, who played Bo Duke in the classic "Dukes of Hazzard" TV series, was delighted that the bullet struck his least favorite car and, of course, not him!