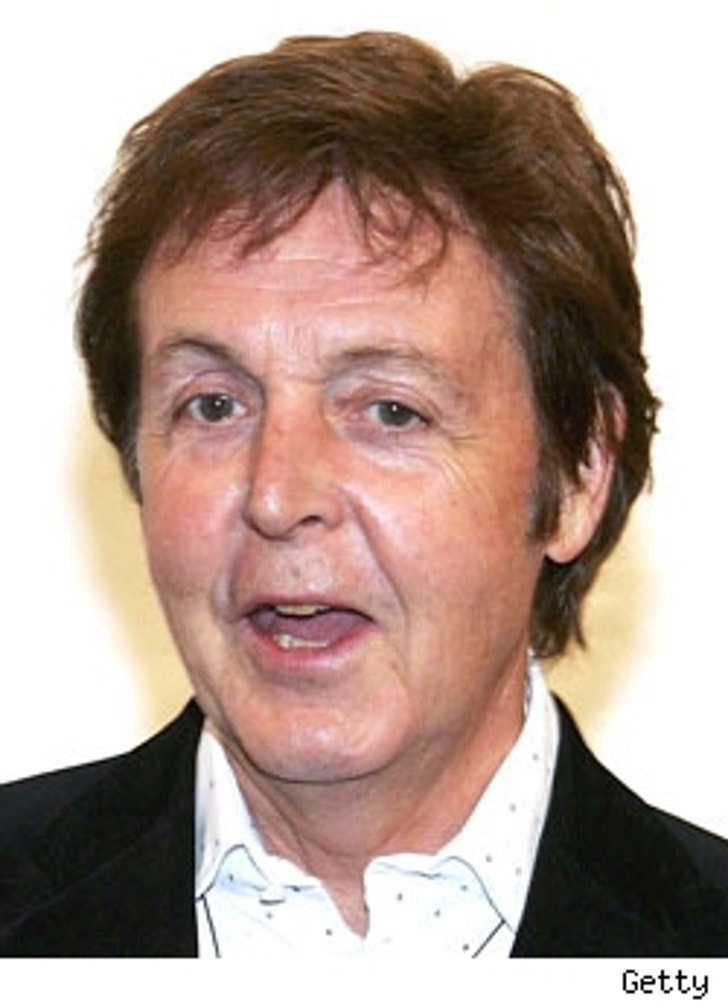 Sir Paul McCartney's recent marital troubles got you down? Let's not think about Paul as the guy who married that woman that nobody seems to like, but as the musician who has endured for over forty years. What better way to to keep the dream alive then with some Macca memorabilia?!

Once upon a time, Paul was in a little band called The Beatles. Well, you can bid on a Beatles Flicker pin from that bygone era. One image shows the entire band, and when you tilt it, a portrait of Paul appears with the words "I Love Paul."

If you're a guitarist, you might want to bid on this Paul McCartney autographed hollow-body electric guitar. Nevermind that Paul plays bass guitar, it's still a pretty nifty conversation piece.