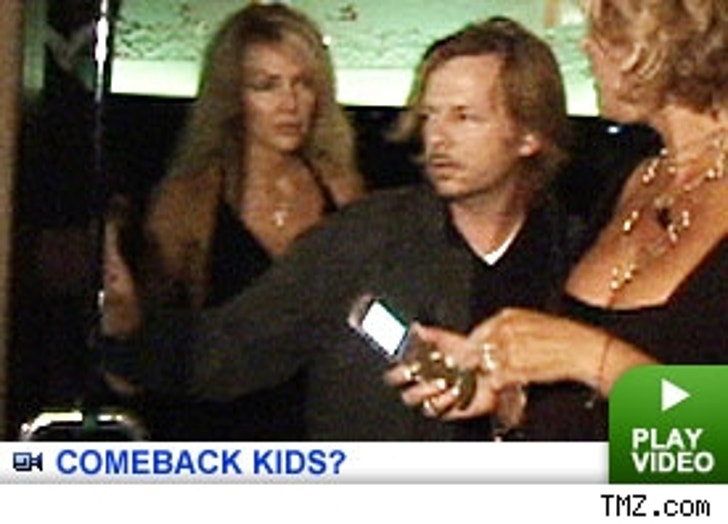 Looks like one of Hollywood's most unlikely pairings may be back together.

Although tiny bedraggled funnyman David Spade and TV stalwart Heather Locklear decided to go "on a break" back in September, the two were spotted meeting up for dinner last night at Mr. Chow.

Heather and David arrived separately, but left together in Spade's ride after dining. Ever the gentleman, Spade even opened the car door for Locklear before the two jetted away, hopefully to do Heather's roots.