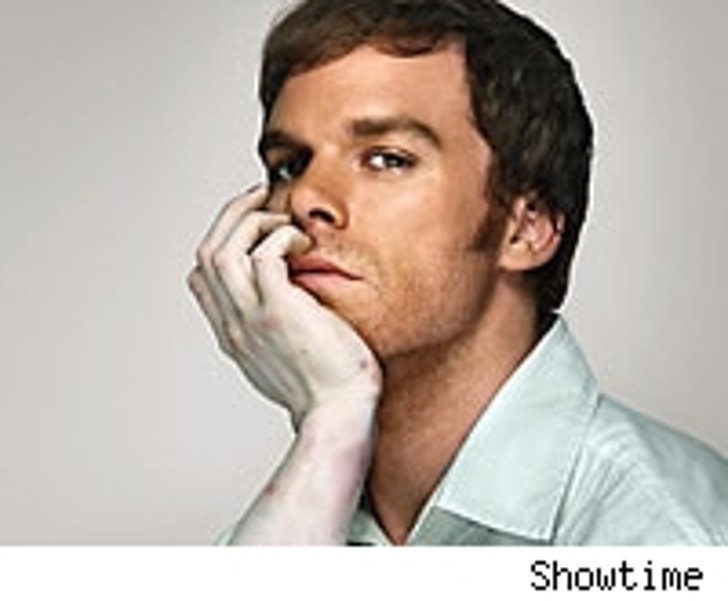 Showtime announced today that it is picking up its freshman series "Dexter" for a second season. Production on the sophomore campaign will begin next spring and the EPs will bow sometime in 2007.

It's hard to explain the appeal behind a show about a serial killer who works for the cops as a forensics blood expert and kills other serial killers in his spare time, unless you watch Showtime's breakout series "Dexter" -- then you already know what we mean. If you've been looking for a reason to start watching the show, perhaps knowing that it will be around for some time (unlike shows like "Smith" and "Kidnapped") is reason enough to get invested in our favorite new show of the season not named "Studio 60."

The show premiered to a 1.04 million viewers in two showing on October 10. Those were Showtime's best numbers since its Fat Actress debut in March 2005.