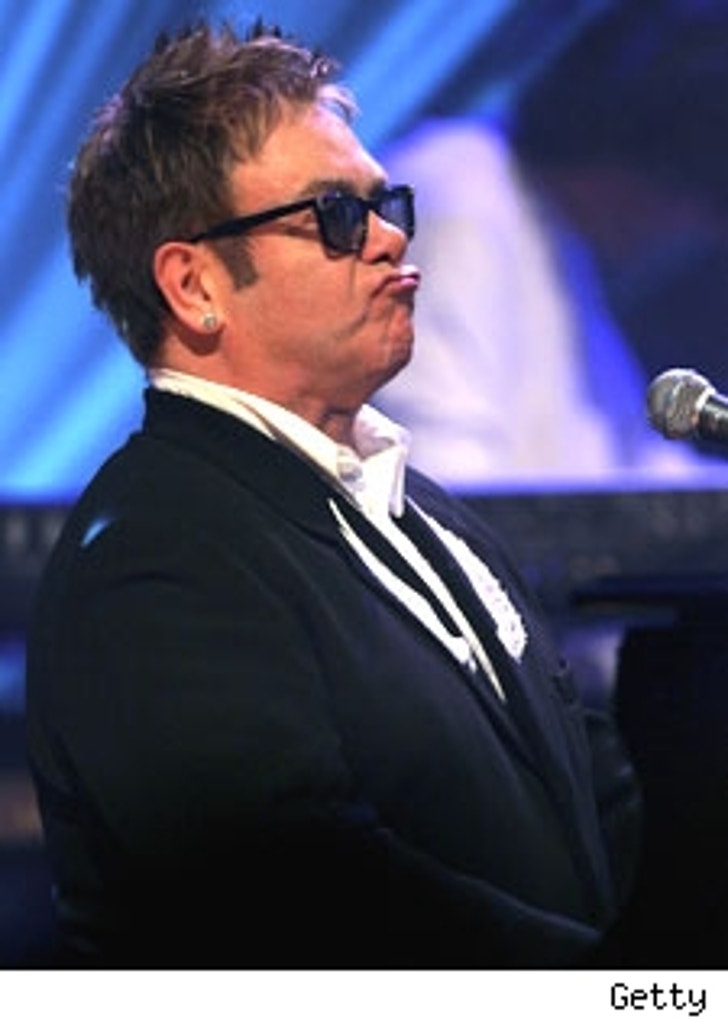 Not known for overly raunchy lyrics, Sir Elton John has apparently added the F-bomb to his lyrical repertoire -- with a vengeance. The continually cranky crooner stopped his concert last night at the Nassau Coliseum on Long Island to explode into an "f**k"-filled tirade against his label, Interscope Records, according to a TMZ spy in the audience.

After playing one of his hits, Sir Elton introduced his recent song "Postcards from Richard Nixon" off his new album "The Captain and the Kid" by saying, "I'm going to play a song but I'm sure you haven't heard it because the f**kers haven't promoted it." And, in about a minute's span, says our spy, the Rocket Man dropped about ten or 15 f-bombs, much to the shock and dismay of the mostly female, mostly forty-something crowd.

The f**kers to whom he was referring, of course, were executives at Interscope that John blamed for under-promoting his album, not spending "a dollar" on its September release, its less-than-impressive spot on the Billboard album charts -- where it's fallen out of the top 100. In the end, said Elton to the crowd, "I just want [Interscope] to drop me."