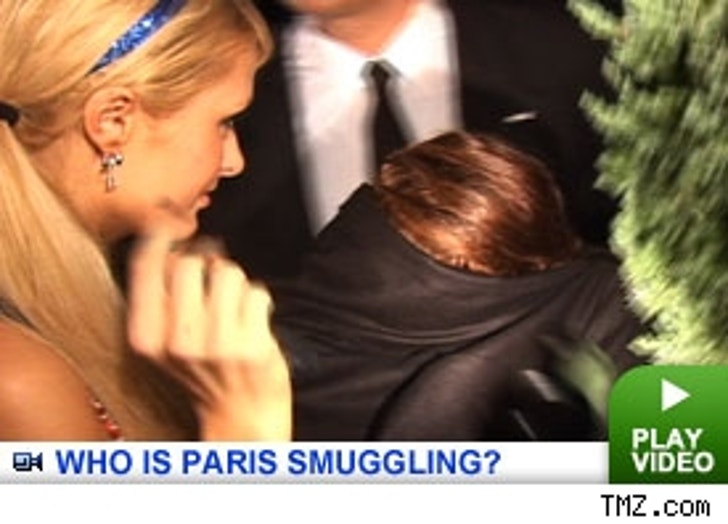 TMZ's cameras and our ubiquitous Josh Levine hit our two favorite clubs in Hollywood -- Area and Hyde -- on Thursday night for another exciting edition of Star Catcher.

The night started out with quite a bang; we eyeballed our favorite heiress (and who hasn't?) sneaking in the back door of Hyde with a mystery guest. Paris and this mystery woman were seen alighting from Miss Hilton's car, but while Paris enjoyed the usual explosion of flashbulbs, Woman X was covered in a black sheet.

This was not an Iraqi refugee in a burqa, but it could have been party girl and Paris antagonist Lindsay Lohan. We couldn't make a positive ID, since we spotted Lindsay in three other places driving her own car and wearing a white beanie. But wait -- could it have been a supposedly-rehabbing Nicole Richie hiding underneath that black shroud, not wanting her handlers to know she's fled the reservation? Hmm ... you watch and decide.