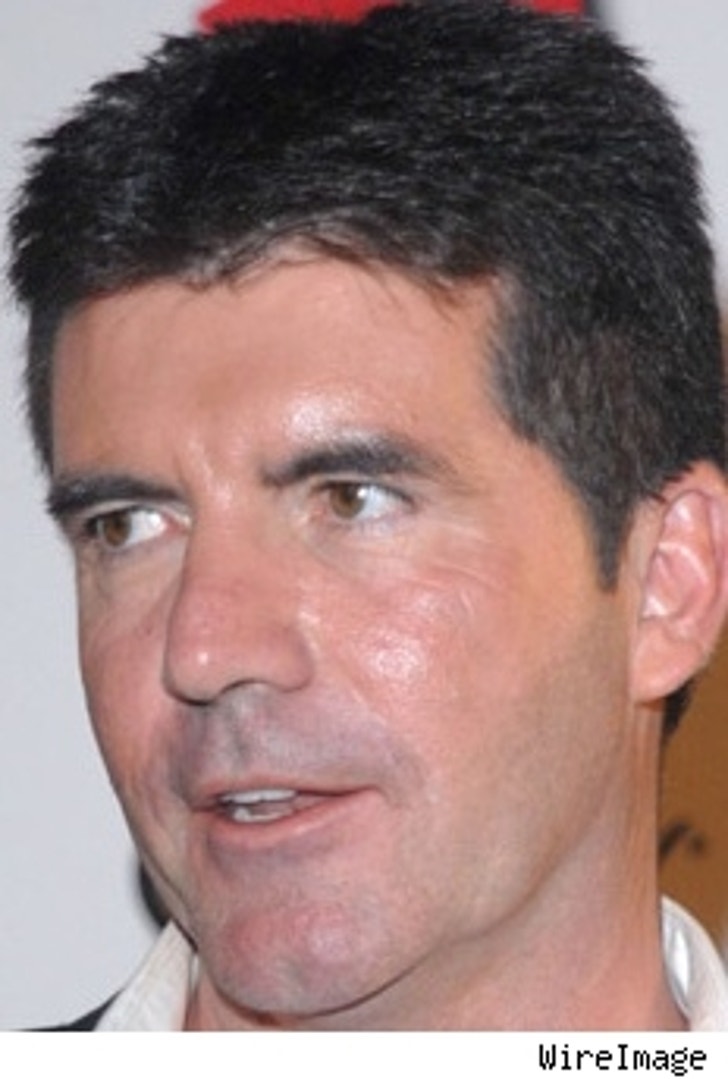 Simon Cowell and his cronies at "American Idol" are already promising some really, really terrible contestants this year – and there's one audition spot that was especially unbearable.

"Seattle is going to be known for something other than coffee this year. They had the worst bunch of miserable singers that I've ever met in my life. It was two days of total misery," says Cowell to USA Today. "And the weather was bad, as well." But it wasn't just Seattle, according to executive producer Nigel Lythgoe, who says we can look forward in January to "some of the worst (singers) we've ever had." Otherwise, Cowell says that so far this year, the women and the younger singers are the standouts. The series begins its seemingly inexorable run again on Jan. 16

A British adoption authority says that Madonna's adoption of the Malawian David could be "disastrous" for the over 4,000 children living in Britain in desperate need of adoption every year, as potential parents flock to foreign countries to find their little bundle of joy. David Holmes, the chief executive of the British Association on Adoption and Fostering, tells the UK's Independent that the public's perception of adoption and related issues has been "distorted" by the Material Mom's recent actions.

Meanwhile, religion-wise, Madonna's got everyone confused. First, she can't stop talking about Kabbalah and slaps one of those red bracelets on her adopted baby's wrist. Then, she tells everyone from Meredith Vieira to the BBC that she believes in Jesus. So, Madge, which is it? Whichever it is, as MSNBC points out, Madonna intends to raise baby David in her own way. "I believe in Jesus and I study Kabbalah, so I don't see why he can't too," said Madonna several times last week.

It's very very niiiiiice for Borat this morning, as the wacky Kazakh reporter (aka Sacha Baron Cohen) took in a stunning $26.4 million over the weekend after opening in only 837 theaters across the country, averaging $31,511 per theater. By contrast, the second-place finisher, Tim Allen's "The Santa Clause 3," raked in $20 million, though it opened on 3,458 cinemas, for an average of $5,784 per theater. "Borat's" huge success – as evidenced in Manhattan, for instance, by long lines even for Sunday's late show – calls into some question the strategy of its studio, Fox, in giving it such a limited release. DreamWorks' "Flushed Away," came in third place with $19.1 million. In any case, looks like Borat will not be "execute in his home country."

Foxy Getting the Axe from Jay-Z?

Foxy Brown's definitely had a tough year – temporary hearing loss, convicted of assaulting a manicurist, book deal nixed – and now, she might be dropped from her record label altogether. As Page Six reports, her "comeback" album was meant to be released in December, but Foxy's boss, Jay-Z, is "furious at Foxy's lack of productivity," according to a source. And as a result, the rap mogul hasn't been returning her calls or taking meetings with the troubled Brown, leading insiders to speculate that he's going to drop her altogether. Friends say that everything with the album is "fine."

Rapper-loudmouth Eminem scolded Mariah Carey for denying that they ever had a relationship, reports MSNBC, even though he claims they went out for several months. He also called her a "diva" on his Sirius radio channel ... Tom Ford tells Page Six that he's quite happy to go sans underwear, whenever, though his mom wishes he'd stop telling people that ... After a tepid debut last week, Fox has decided to move "The O.C." back to Wednesdays and away from the "Grey's" - "CSI" fray.