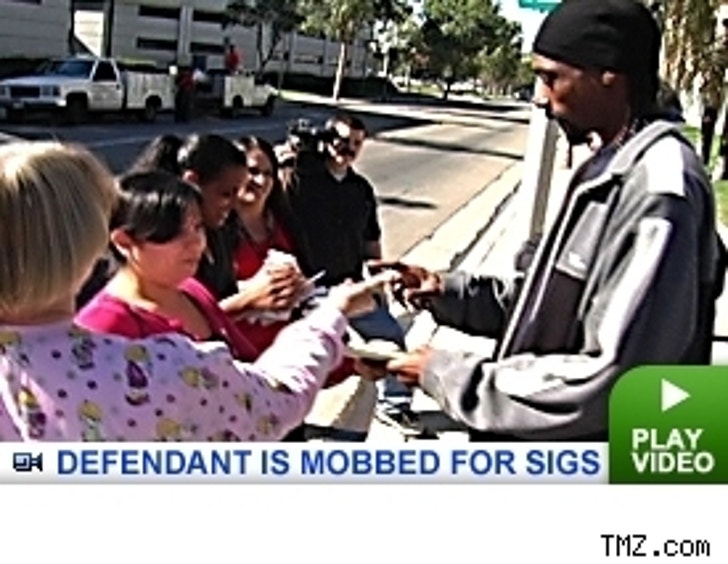 Four days after a warrant was issued for his arrest, rapper Snoop Dogg has just surrendered to O.C. authorities.

The rapper arrived to the Orange County Jail in style this morning; rolling up in a dark purple Porsche Carrera, along with a driver and a bodyguard. According to Snoop's attorney, Donald Etra, Snoop was "handled extremely well by the Orange County Sheriff's Dept.," while he was booked on one felony count of possession of a deadly weapon. The charge was filed after security officers at John Wayne Airport found a collapsible baton in the entertainer's carry-on luggage in September. 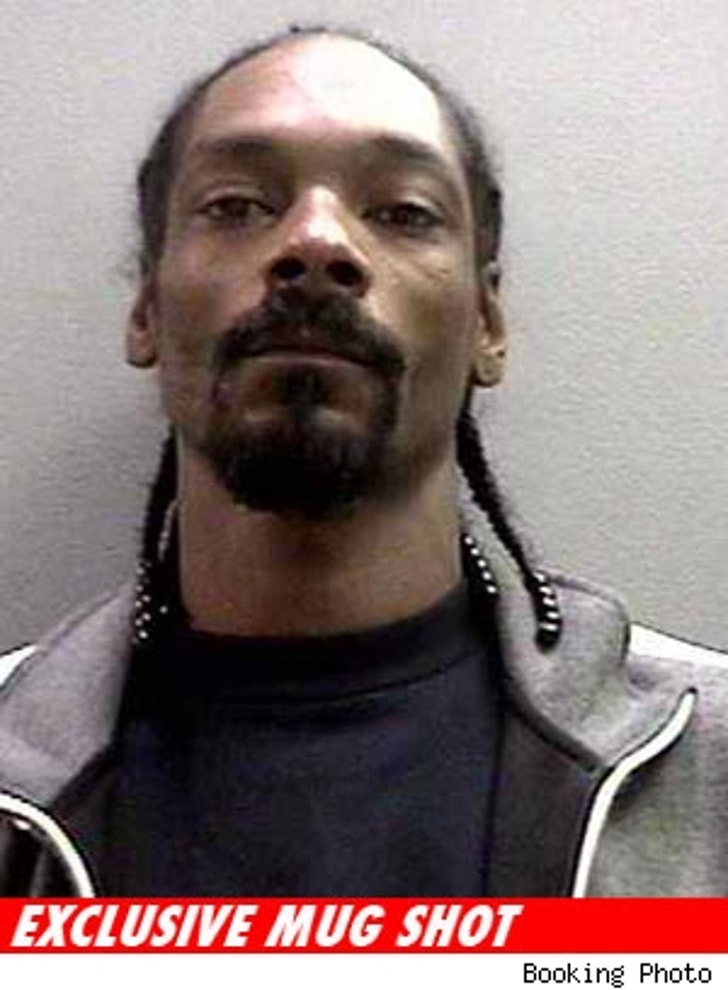 According to his spokesperson, Meredith O'Sullivan, "Snoop was promptly released on bail and welcomes an expedited trial which will reveal that these charges are completely unwarranted." Bail was set at $150,000.

If convicted, the 35-year-old rapper could be sentenced to three years in prison.

Despite having to pose for yet another mug shot, Snoop was in high spirits on his way out of jail. TMZ spies noticed the rapper generously signing autographs for waiting fans.

Snoop is due back in court December 4th. Every dogg has his day.