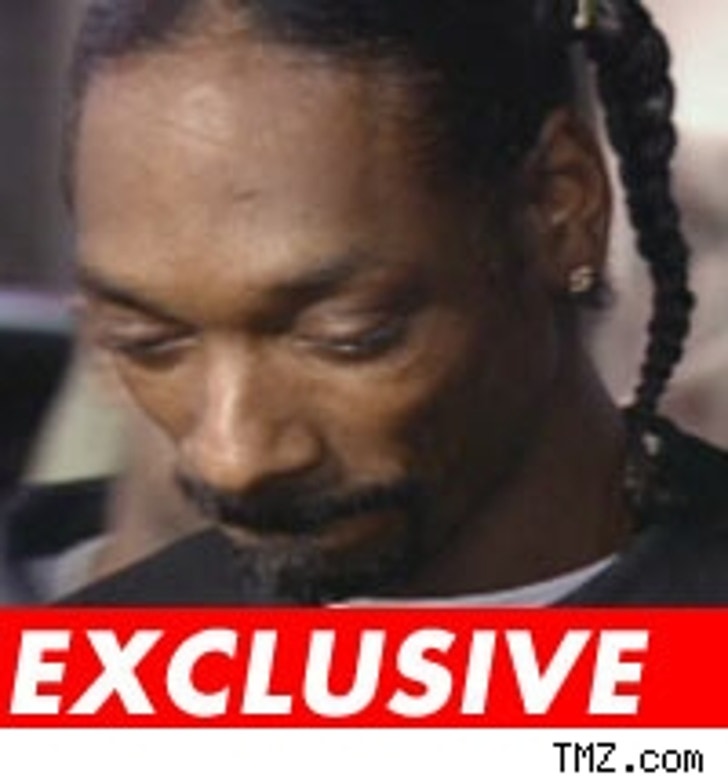 TMZ has learned that a felony warrant has been issued for the arrest of the rapper, (aka Calvin Broadus) after the Orange County District Attorney charged him with one felony count of possession of a deadly weapon.

According to law enforcement officials, Snoop attempted to walk through an X-ray machine at John Wayne Airport in Orange County, Calif. with a 21" collapsible baton packed in his laptop computer case on September 27th. Orange County Sheriffs' deputies were called to the scene where they detained the rapper and confiscated the weapon.

If convicted , the rapper faces a maximum sentence of 3 years in a state prison. Bail has been set at $150,000.

In a statement to TMZ, Snoop's lawyer, Donald Etra, vehemently denied the allegations saying "These charges are bogus. The DA knows that, Snoop knows that, and at the appropriate time, a jury will come to that conclusion." Arf.

Snoop's lawyers tell TMZ that the rapper is currently working with the OC D.A.'s Office to schedule his surrender.