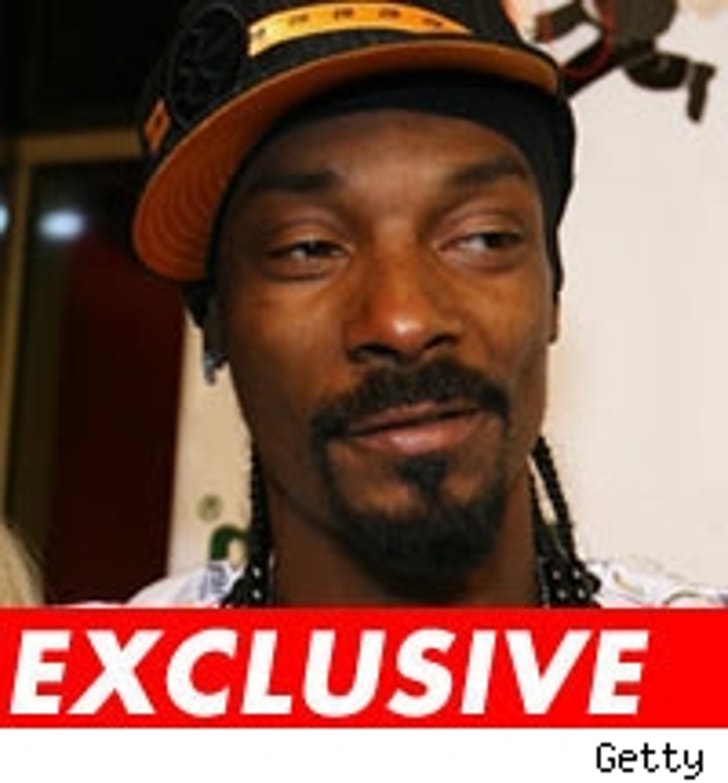 TMZ has learned that rapper Snoop Doggy Dogg (aka Calvin Broadus) was busted for attempting to carry a weapon through an airport security checkpoint.

According to law enforcement officials, Snoop attempted to walk through an X-ray machine at John Wayne Airport in Orange County, Calif. late last month with a 21" collapsible baton packed in his laptop computer case. Orange County Sheriffs' deputies were called to the scene where they detained the rapper and confiscated the weapon.

Snoop was not arrested, however, and we're told the Sheriffs Department file was sent to the Orange County District Attorney's Office.

The D.A. may decide as early as today whether to file criminal charges against the rapper.