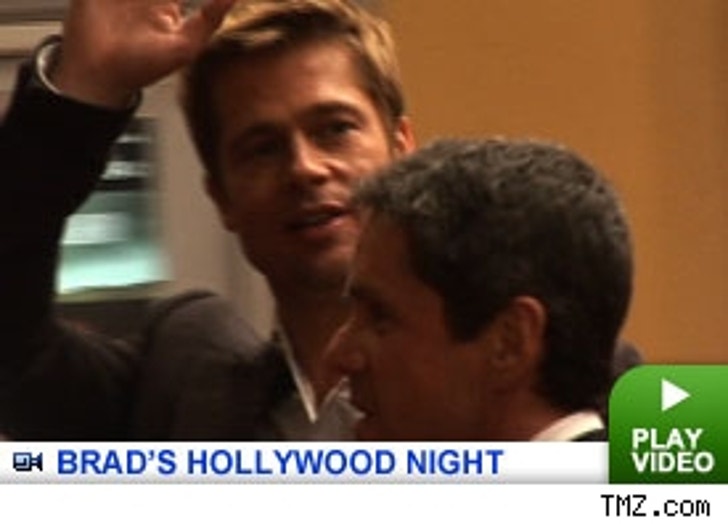 TMZ's cameras and G-Hollywood stopped by all of our favorite spots over the weekend to bring you yet another celeb-packed Star Catcher.

One of our first stops was at the L.A. premiere of "Babel," where we ran into its two stars; Brad Pitt and Cate Blanchett. Brad, sans Angelina, gave TMZ a quick shoutout while Cate stopped to pose for the cameras.

Then it was time to check out the club scene, whose guestlists were filled with familiar names, but the rooms were filled with unfamiliar faces. Stopping by Area, Hyde and Les Deux, we spotted our favorite heiress, who was once again with "Girl Next Door" hottie, Elisha Cuthbert. Comedian Jamie Kennedy, Brody Jenner, reality star Kristin Cavallari, Stacy Keibler, Sean Stewart, Fall Out Boy bassist Pete Wentz, MTV host Nick Cannon, party girl Lindsay Lohan, Harry Morton and former Laker Rick Fox, who had a few Sharon Stone rumors to boast.

All this and much more in this weekend Star Catcher!