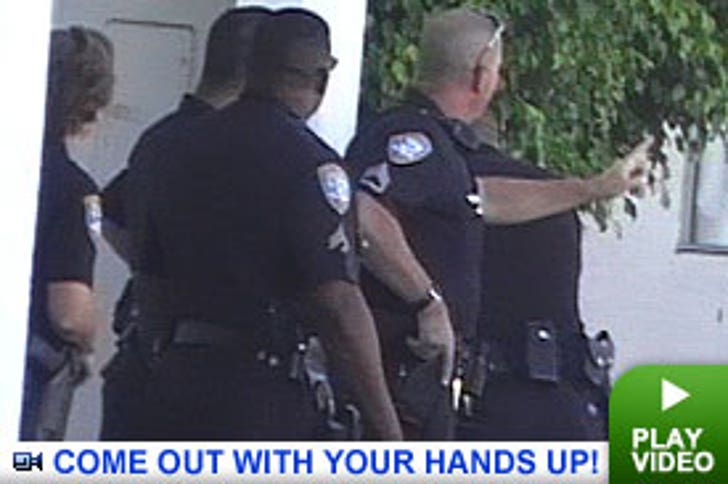 TMZ has obtained exclusive video of the arrest of Daniel Baldwin at a motel in Santa Monica, Calif. The footage shows as many as eight officers swarming outside the motel room; several with guns drawn. The 2003 white GMC Yukon that Baldwin is accused of stealing from an acquaintance -- and which led officers to the motel -- is also visible in the background.

As TMZ reported yesterday, Santa Monica police officers allegedly recovered narcotics and drug paraphernalia from the room where Baldwin was staying. He was booked in Santa Monica, then shipped to the OC to get booked on stolen vehicle charges.

After making their approach to the room, officers are shown inspecting the allegedly stolen vehicle. Baldwin will have a court date on the latest charges sometime next month, said Orange County Sheriff's Department spokesman, Jim Amormino.