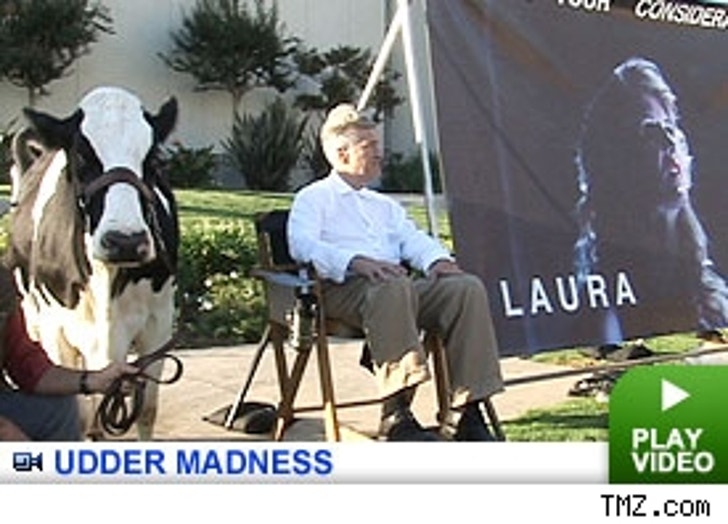 In a scene just as confusing as "Mulholland Dr.," David Lynch was relaxing on Hollywood Blvd. with some cow.

Sitting in a chair next to the heifer, Lynch had a poster of actress Laura Dern, with the words "For Your Consideration." His explanation for the stunt -- "to support Laura Dern, Best Actress 2006, for her unbelievably great performance in Inland Empire."

"Inland Empire" just happens to be Lynch's latest film, about an actress who, as we understand it, confuses real life and dreams, interacting with talking bunnies and dancing prostitutes while bouncing from Poland to Hollywood.