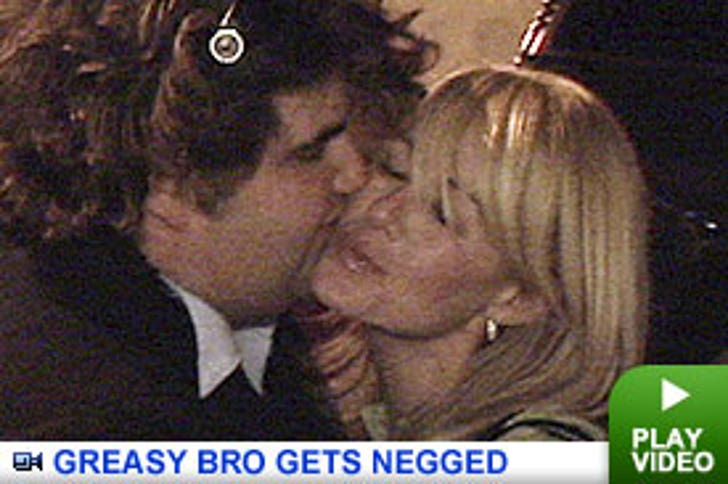 Jason Davis -- better known to the world as the older, wider brother of Brandon "Greasy Bear" Davis -- continued his epic losing streak last night at L.A. hotspot, Area. Even after offering door guardians some of his oil-heir money to buy a table -- or seven -- he was still nixed!

The whalish Mr. D does his best Borat impression, but ends up sounding like a creepy European rather than Sacha Baron Cohen. Then he appears to lead his fetching female companion by the wrist, making her look like she's being held captive by the portly boor.

Getting turned away from a club isn't new for J-bear. Still more humiliating -- his young ladyfriend, after giving him a quick peck on the lips, executed not one, but two, head-fakes when he went in for another smooch. Ouch!