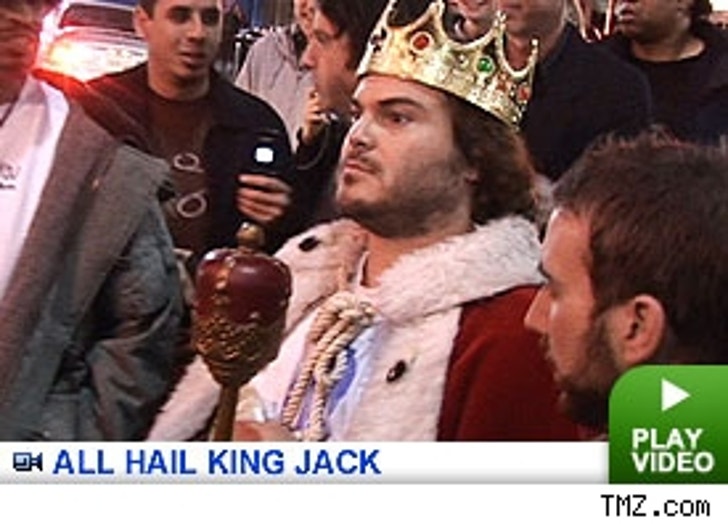 Soft-bellied funnyman Jack Black took to the streets of Hollywood with his loyal footmen, Kyle Gass and Andy Dick, for the premiere of his new film, "Tenacious D: The Pick of Destiny." The ermine-robed and gold-crowned King Jack strolled though town with an unusually beatific look on his face, soaking up the adulation of his fawning acolytes.

The first film of the quirkily charismatic rock duo unfurls in theaters on November 22.