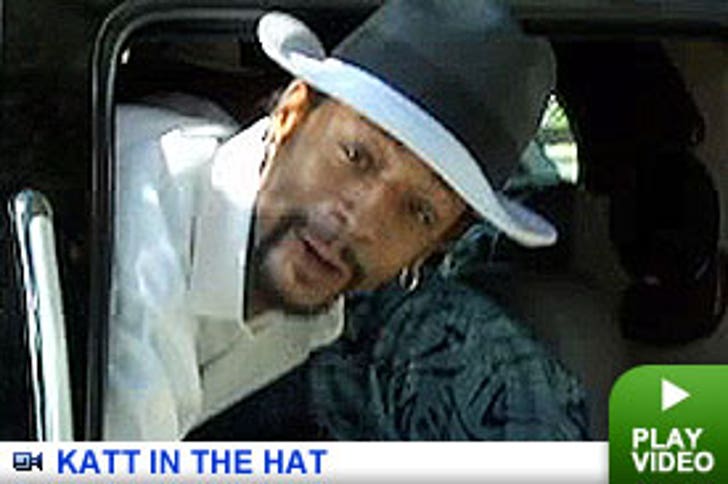 Never let it be said that Katt Williams doesn't work hard to sell his material -- even freshly out of jail.

After three days in the slammer for allegedly having a stolen gun in his briefcase at Los Angeles International Airport, the comedian sauntered out of the Los Angeles County Jail looking none too worse for wear, with a jaunty white-and-black hat perched atop his head. When asked the world's least intelligent question by a lensman, "How was it?", Williams replied, "It was jail. I don't recommend it on the day your DVD comes out."

Williams thanked his fans for helping him get out of jail and for lending a financial hand in rolling up the bail money. Though by the looks of things -- check out that massive tank of an SUV! -- things aren't too bad in Katt's land.