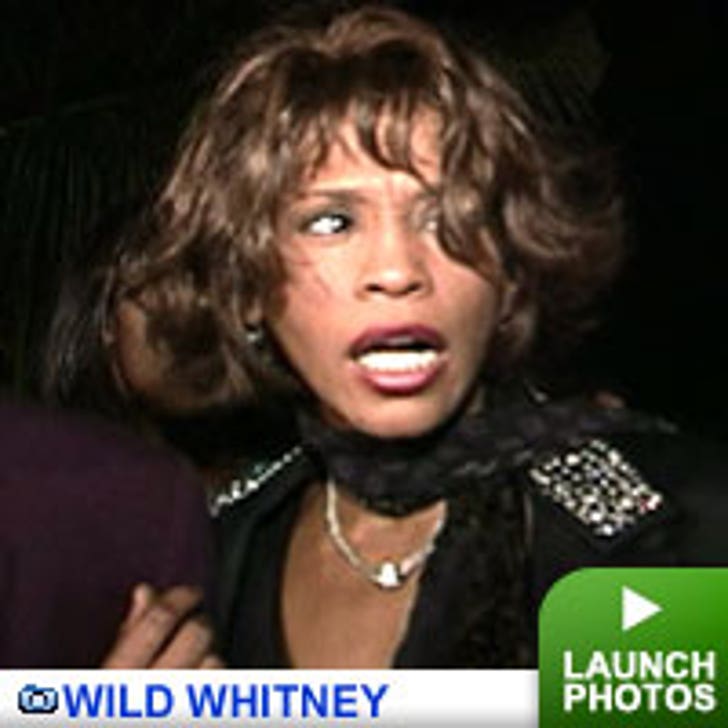 If she was looking to cleanse herself of all traces of Bobby Brown, this might be one way to do it. Re-emerging songstress Whitney Houston might be forced to give up her New Jersey mansion in a sheriff's sale because she owes more than $1 million on the mortgage and she hasn't paid the taxes on the property.

According to local newspaper reports in New Jersey, the sale would take place in January, with Mendham Township owed about $83,000 in property taxes on the lavish 10-acre estate, which comprises two lots. Houston's rep denied that the property was in foreclosure, and Houston has, sources say, spent very little time at the Mendham house, and uses it largely to house relatives and friends. Houston spends the most of her time in Los Angeles.

Mariah Carey, Vanessa Minnillo, and now ... Jessica Biel? Apparently, Derek Jeter has snagged yet another high-profile beauty: the Yankee captain and "The Illusionist" star Biel were spotted at Hollywood celeb-boite Hyde Tuesday night. They were "laughing and giggling together," according to Page Six, and Jeter massaged Biel's shoulders, say Rush & Molloy. The couple left the club together, though Jeter has also been spotted in New York the past week without Jessica.

Hey Larry, welcome to 1997! On his show last night, talk-show host Larry King told guest Roseanne Barr that he'd never used the Internet, that he "wouldn't love it," and that it probably wouldn't be a viable political medium because there are "80 billion things on it." And then he proceeded to ask Barr how the bizarre invention -- what's it called again? -- works: "What, do you punch little buttons and things?" Barr, ever gracious, offered to show King how to use the complicated contraption. King declined. Too many moving parts, no doubt.

Reese Witherspoon will be making her first big post-divorce-announcement appearance at the Kennedy Center Honors gala in December. According to Planet Gossip's Marc Malkin, the Oscar winner will face the cameras (and the questioners) at the annual lifetime awards function in Washington, D.C., in tribute to her fellow Tennessean, country music legend Dolly Parton. "Ever since I was six years old," said Witherspoon, "when people would say, 'Who are you going to be when you grow up?" I'd say, 'Dolly Parton.'"

Justin Timberlake didn't like Janet Jackson's perceived diss on "Oprah" recently, and now he's hitting back in his new song "Give It to Me," according to MSNBC, with lyrics like "We missed you on the charts last week/[Bleep] that's right, you wasn't there." ... Jack Black says that Jeremy Piven is still jealous of him after losing out on the role of record store loser in "High Fidelity," which explains Piven's rude behavior at a recent film premiere. Piven, according to Page Six, stepped right into a conversation and turned his back to Black. Piven's rep says he "loves Jack Black." ... Michael Flatley, aka "The Lord of the Dance," is suffering from a mystery illness in a London hotel, according to reports. Reps have refused to comment on his condition but it may have something to do with the facial cancer condition he battled earlier this year.