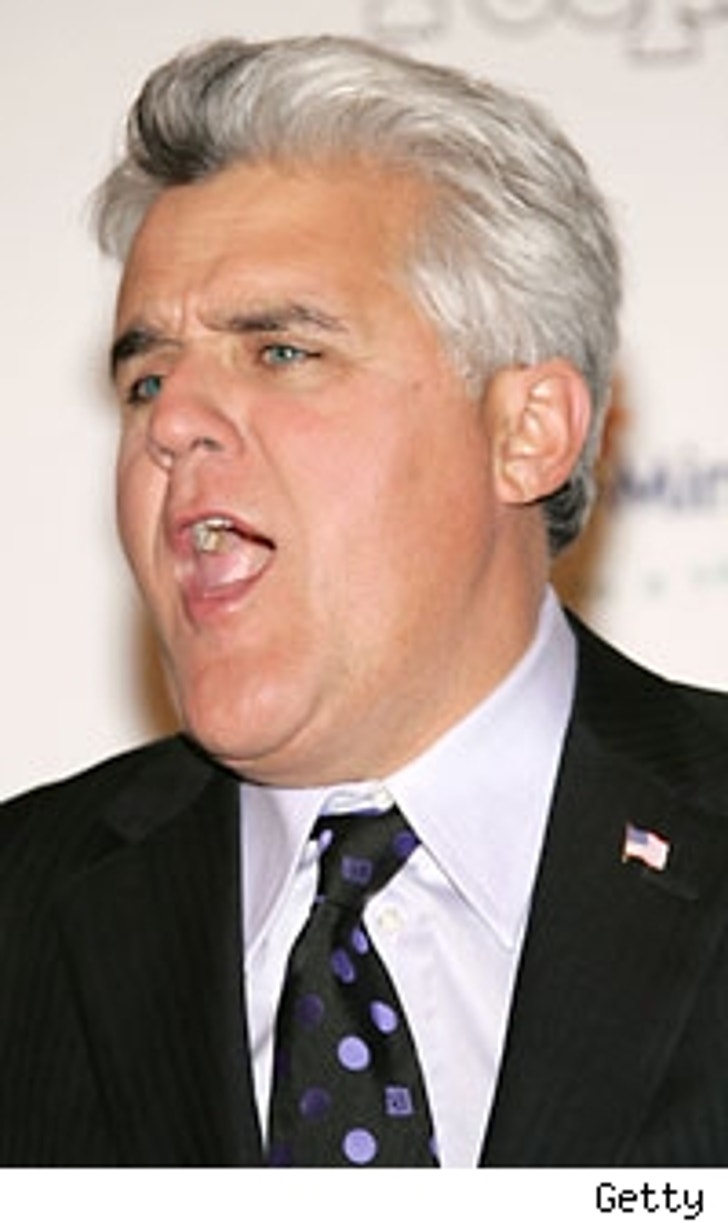 A day after Michael Richards apologized on "The Late Show with David Letterman," Jay Leno took to "The Tonight Show" stage and delivered a few zingers at the expense of the man we know as "Kramer."

"I had a horrible gig last night," Leno began. "I had to follow Michael Richards at The Laugh Factory."

But Leno didn't stop there. He continued, "As you know, Michael Richards said some very offensive things at a comedy club the other night in Hollywood. People were booing, yelling, some got up and walked out. Of course, people waiting outside for the second show had no idea what was going on. They just assumed Carrot Top was on stage."

Check out Leno's jokes for yourself on tonight's episode of "The Tonight Show."