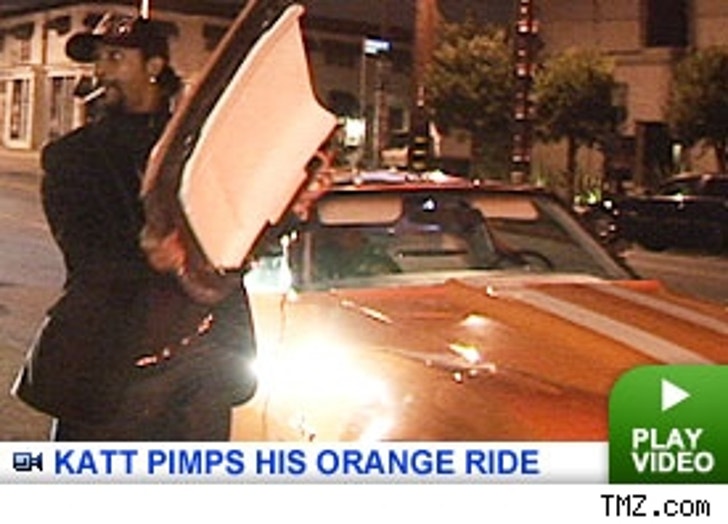 Last night, TMZ cameras caught Katt doing a little ride augmentation (by subtraction) outside of L.A. celeb playground, Area. The comedian took the roof panels off his creamsicle-colored T-top Corvette and unloaded them into the SUV of fellow jailbird, rapper Lil' Kim, letting the night air cool his hot self down.

Then, when an adoring female fan asked for tickets to an upcoming show, he informed her that they were sold out. Never one to miss an opportunity for self-promotion, Katt rather dramatically let her in on the secret code for -- wink, wink -- backstage access. Real cool.