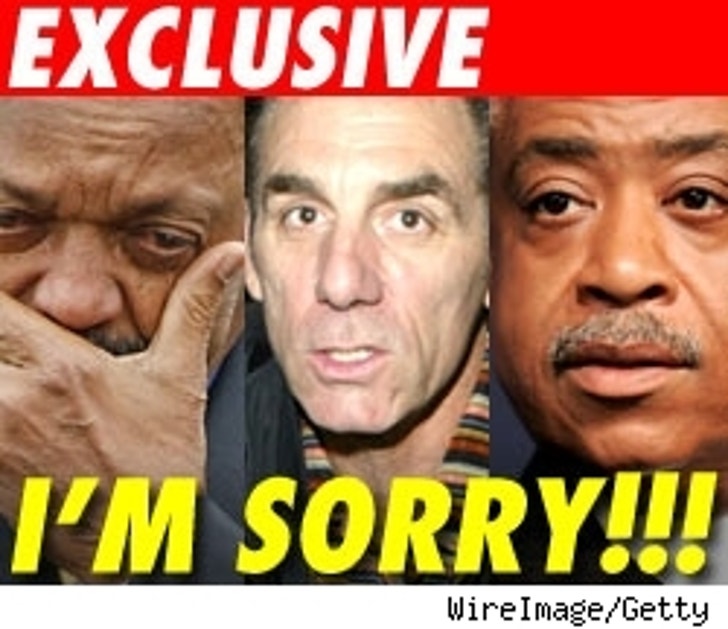 TMZ has learned that Michael Richards is reaching out to civil rights leaders, asking for forgiveness.

Uber-publicist Howard Rubenstein, who was hired just today by the "Seinfeld" star, tells TMZ that Richards was on the phone today with Rev. Jesse Jackson and Rev. Al Sharpton, apologizing for his racial rant last Friday at L.A.'s Laugh Factory -- a rant captured on video and first shown on TMZ.

Rubenstein says Richards has made other phone calls today as well, expressing regret for his comments. Rubenstein says, "He's appalled at what he did and wants to start the healing process." Rubenstein adds, "Whether it be an attack on any racial group -- disguised or posed as humor -- he acknowledges it's horrible and wrong and he will never do that again."

Rubenstein says the calls were received "positively." Sharpton, however, stated publicly that he did not buy Richards' apology on "Letterman."