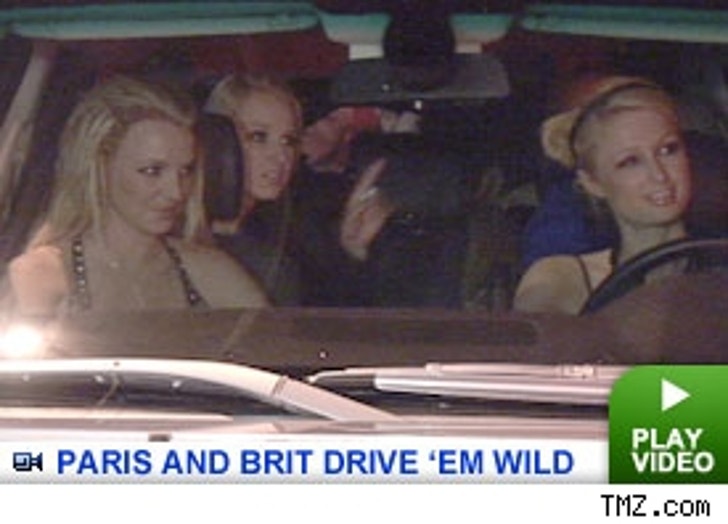 It was another wild weekend for Hollywood's hottest new couple: Britney & Paris! TMZ's Josh Levine and G-Hollywood were with the blonde party pals every step of the way. Brit was chucking ciggies from Paris' ride, and the starlets hit the club scene hard and left a trail of screaming fans.

From there, it was off to Hyde, Les Deux, Privilege and one poppin' Beverly Hills after-party, where we caught up with Eddie Murphy, Matthew Perry, George Maloof, Greasy Bear aka Brandon Davis, Pauly Shore, hip-hop hottie Eve, Leonardo DiCaprio, skater Chad Muska, and Wilmer Valderrama -- who brought the party with him to the parking lot.