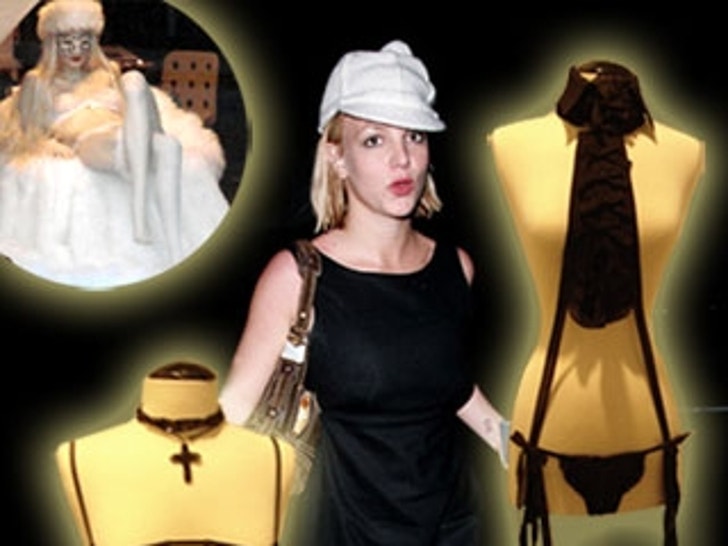 Fear not, Britney fans, Britney Spears does have panties to wear. 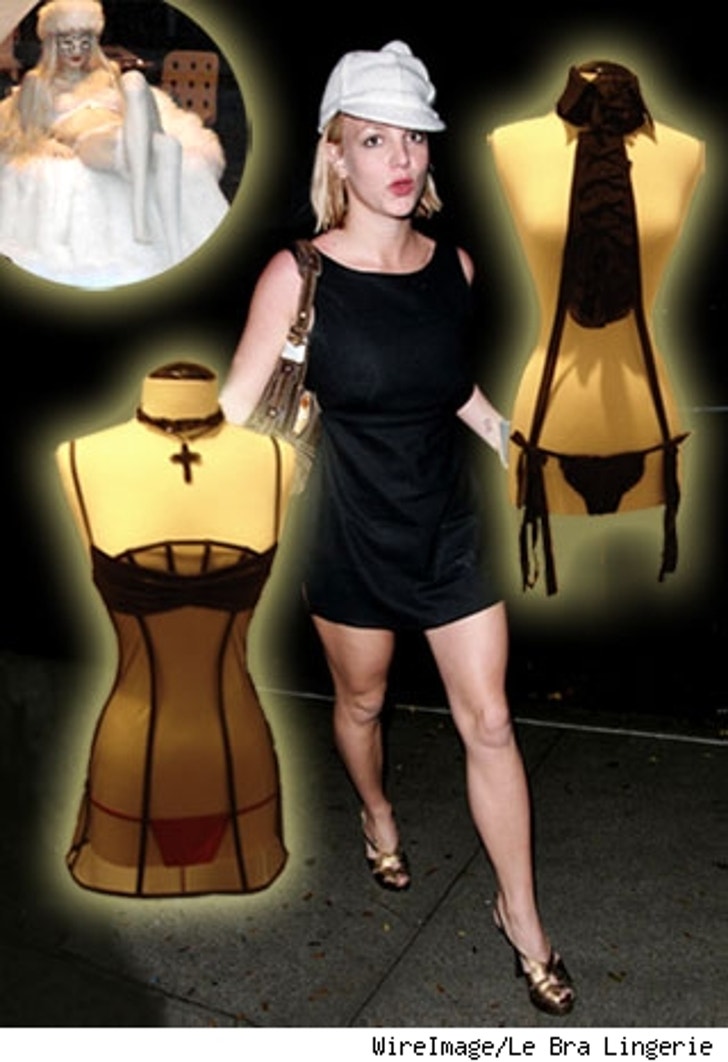 Despite persistent sightings of Brit's bare bits, she just spent more than $3000 on thongs and other fancy underthings at trendy Le Bra Lingerie boutique in West Hollywood, the place where Katie Holmes picked up her honeymoon unmentionables.

Britney, who's a 36C, came in with a female friend, tried on everything she bought and was overheard saying "I could live here." Perhaps she should.

To get a glimpse of Britney's purchases, you'll have to wait until the next time she hops out of a car ... then again, you might see something else.