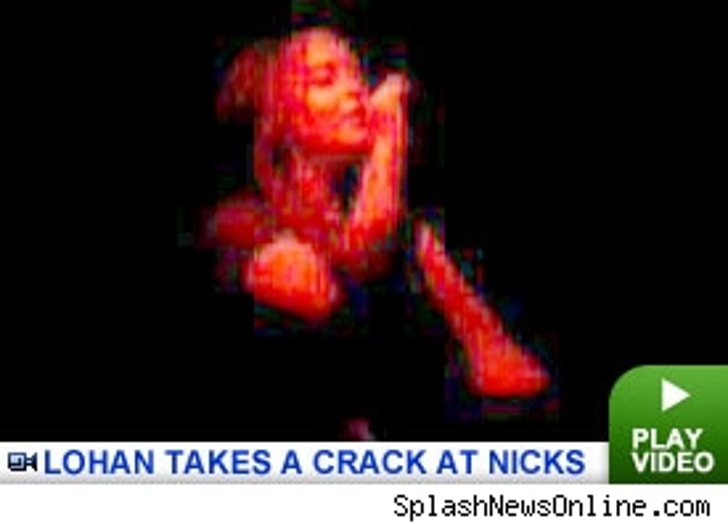 A day after word surfaced that La Lohan was interested in starring in (and possibly producing) a biopic of the Fleetwood Mac songstress, the red-haired party vixen was heard singing a Nicks song at celeb DJ Samantha Ronson's karaoke night at Guy's in Beverly Hills.

Lohan rocked out to "Edge of Seventeen," which she also covered on her latest album. But if she wants the to play Stevie, she'd better learn the lyrics -- co-singer Ronson was heard saying, "The song's like eight minutes long ... we don't know the rest."