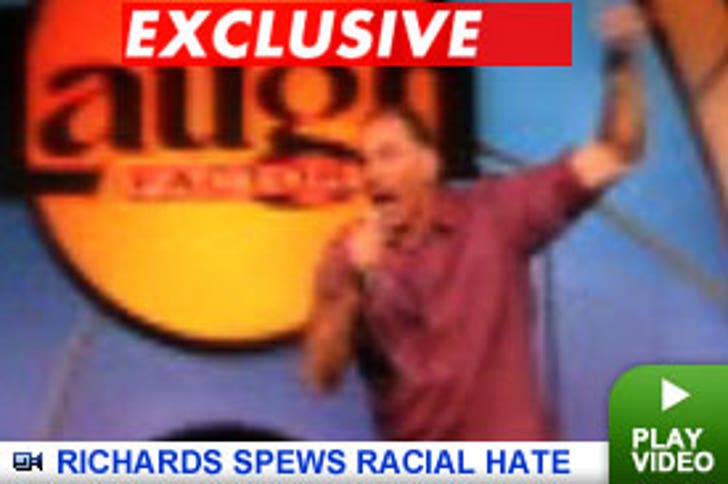 Michael Richards has agreed to settle his dispute with the men he offended during his racist rant last month at the Laugh Factory in West Hollywood. Richards and Gloria Allred, the lawyer for the two patrons, issued the following joint statement:

"Michael Richards would like to apologize in person to the gentleman with whom he had the exchange in the club. After discussions with Gloria Allred, an attorney who represents the man and three others who were with him that night, Michael has agreed that they will all meet in the presence of a retired judge who will facilitate the meeting and help the parties resolve this matter. All concerned are hopeful that a face-to-face meeting will be constructive and begin the necessary process of healing and closure."

No word on whether money will exchange hands.