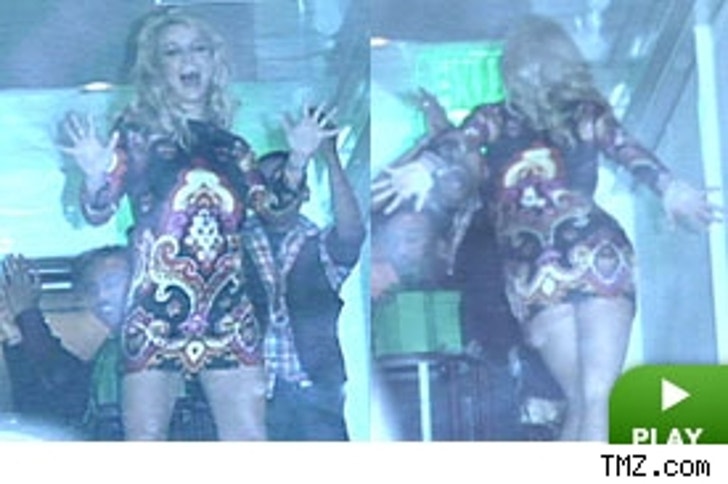 In case the world hasn't seen enough of Britney Spears' private parts, the pop star went out of her way to show off her junk again -- but this time, it was definitely intentional.

After arriving in a skintight dress (that barely covered her nether region) for her 25th birthday party, Britney and a few pals settled in at Mr. Chow in Beverly Hills -- right next to a giant glass window. Before she even sat down, Britney played to the salivating shutterbugs -- shaking her booty, and even bending over to give the crowd one hell of a view.

Britney returned to the window several times during the party, dancing, waving and making every effort to guarantee that the crowd noticed her butt.