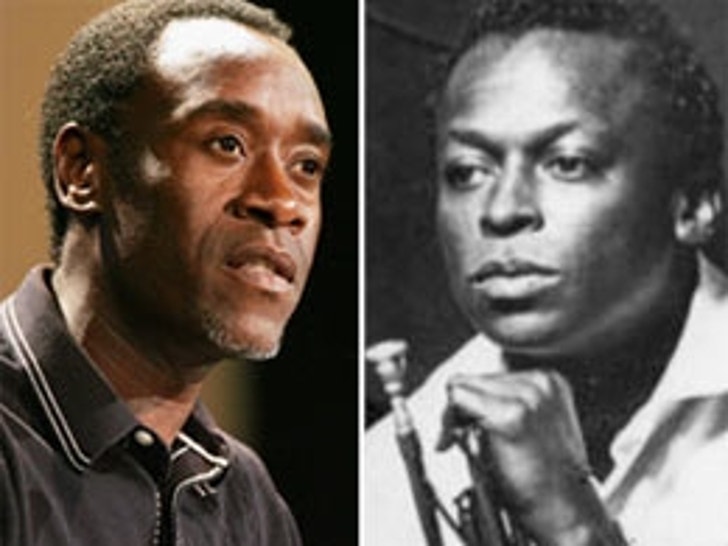 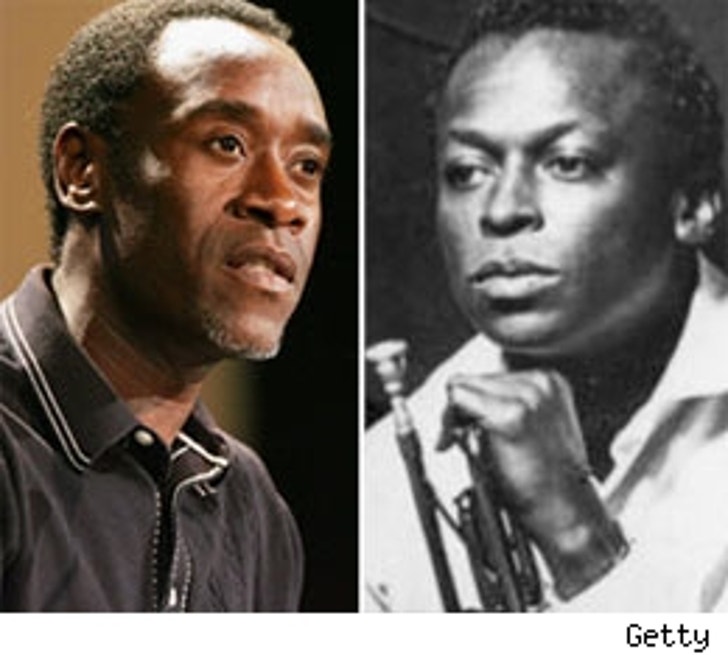 Himself a devotee of boxing, Davis would likely have approved. When Miles was making landmark jazz fusion recordings like "Bitches Brew" and "In a Silent Way," he was also contributing extensively to the soundtrack of a 1970 documentary about legendary African-American pugilist, Jack Johnson.

The Davis project has been an idea held dear by Cheadle for the last half dozen years, but until now, a music rights issue threatened to block its progress to the screen. No more.

Producer Cary Brokaw recently enlisted the aid former Sony Pictures Entertainment Chairman John Calley to lock up the rights to much of Davis' Columbia Records catalogue, which is owned by Sony BMG. Calley and Brokaw collaborated on the 2004's feature "Closer," an adaptation of Patrick Marber's stage play. Moving highbrow material from stage to screen is Brokaw's specialty; he won an Emmy in 2001 for Best Made for Television Movie with his adaptation of Margaret Edson's Pulitzer Prize-winning stage play, "Wit," and a 2003 Emmy for producing the HBO miniseries, "Angels in America," based on Tony Kushner's Pulitzer-winner.

Brokaw will produce "Miles Davis" with Cheadle, Wilkinson and Rivele, and others. Insiders say the plan calls for the movie to be independently financed, with the possibility of taking it to a studio for distribution.

It's exactly the sort of complex drama studios have all but abandoned making these days: Davis' persona was notoriously abstruse and recondite: Addicted to heroin early in his career and an avid user of recreational pharmaceuticals for much of his adult life, Davis could be confrontational with audiences and forbidding with journalists. Nonetheless, he still managed to reform jazz three times -- changing bebop into modal jazz and modal into fusion -- and, musically speaking, never once looked back.

Rivele and Wilkinson, for their part, know a thing or two about bringing historical figures to life: They both wrote and produced this year's drama, "Copying Beethoven," which stars Ed Harris in the title role, and are currently adapting the Jackie Robinson story for producer Robert Redford.

News of Cheadle's interest in depicting the jazz icon first surfaced in March of this year, after Miles was posthumously inducted into the Rock and Roll Hall of fame, as usual, amid critical controversy.

At the time, Davis' nephew, Vince Wilburn, announced that there had been initial discussions with "Training Day" director Antoine Fuqua, but that's clearly passed. Perhaps, Cheadle is taking some advice from his "Ocean's 11" colleague George Clooney, who recently directed himself to twin Oscar nominations for writing and directing "Good Night, and Good Luck" in the same year he won an Oscar for Best Supporting Actor in "Syriana."

Either way, we are "Kind of Blue" to have to wait until next year to see this potential gem.