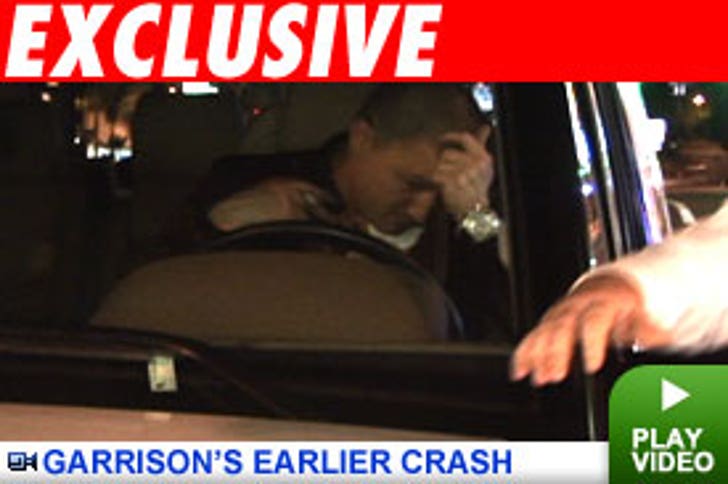 A TMZ camera caught Garrison leaving Hyde nightclub on October 20, right after his Land Rover struck an Infiniti in front of him. The driver of the Infiniti began shouting, "Hey stop the car, stop the car, you hit my car!"

Once Garrison saw our camera, he hid his head, pulling his jacket over his face, as he was still driving.

As for the far more serious crash over the weekend, two 15-year-old girls, as well as the 26-year-old Garrison, were also inside. It's unclear who was driving.