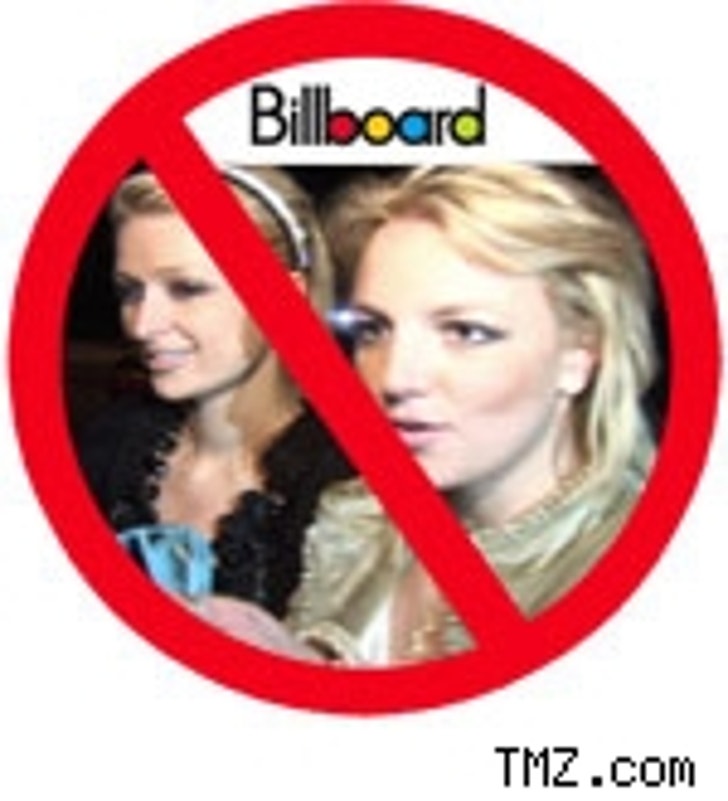 Britney Spears and Paris Hilton have dropped out as hosts of the Billboard Music Awards, and reps for FOX tell TMZ that the show will go on ... without one!

Paris Hilton bowed out over the weekend, apparently unhappy with some of the jokes she was supposed to deliver. "It is my understanding that some satirical references ridiculed some of her peers," said her spokesman, Elliot Mintz. "Paris did not want to say anything that could appear hurtful or embarrassing about people she knows." Spears had pulled out last Tuesday and gave no reason.

The show will go on for the Billboard Music Awards, live from Las Vegas, tonight at 8PM on FOX.