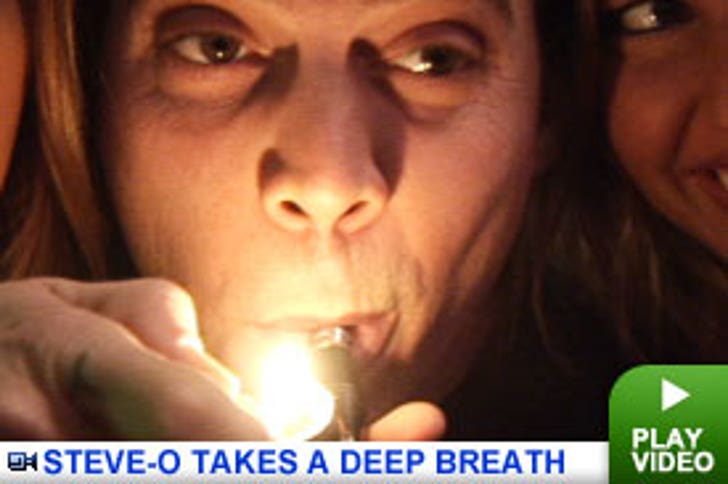 Steve-O thought he might get his ass smoked by Stephen Dorff at the Playboy Mansion, so he decided to take a smoke break in front of TMZ's cameras to gird himself for the possible onslaught.

No fists flew at Hef's house on Saturday night, as far as we know. But Steve-O says he's still looking over his shoulder for the diminutive Dorff because of a death threat he claims the "Feardotcom" star left on an answering machine last month, presumably related to Steve-O's involvement with Dorff's ex-girlfriend, model May Anderson. The cackle-happy "Jackass" mainstay suggested to our eyes and ears that the other Steve was on the prowl, standing "ten feet away" from him all night long.

On his website, steveo.com, the erstwhile Mr. Steven Glover posted a recording of the phone message, in which a man who Steve-O claims is Dorff says, "I'm gonna have you, have you all f***in' killed." Steve-O alleges that Dorff has "lost a movie" as a result of his posting.

When contacted by TMZ, Dorff's rep had no comment on the alleged threat or its professional consequences. 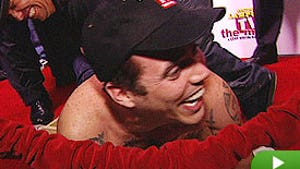 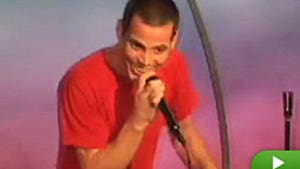