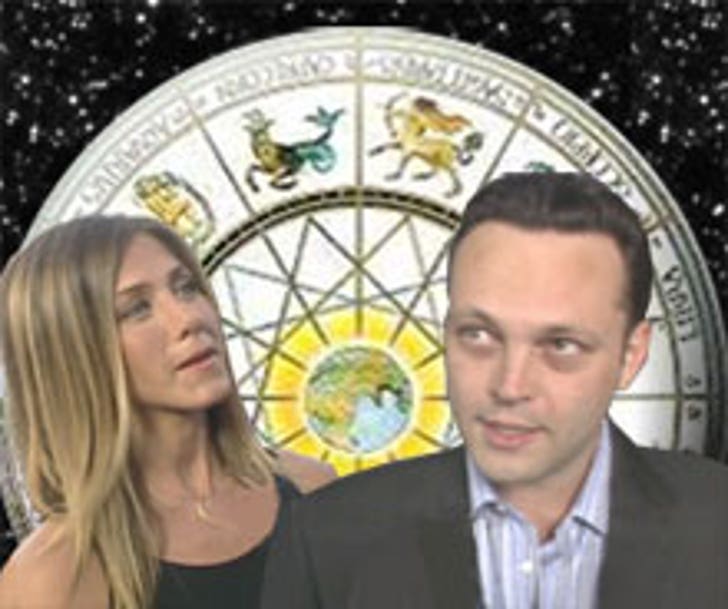 With news that Jennifer Aniston and Vince Vaughn are nothing more than friends, the world is picking up the pieces and trying to figure out just went wrong.

According to AOL Horoscopes, Jen's "Saturn is moving through her 10th House of Career" and may have led her drive to become an A-list film actress override a "desire to build security through deep intimacy." Once you've done Brad Pitt, does it matter? To hell with Brad and Vince, this gal wants Oscar!

Likewise, Vince's stars indicate he "needs to move toward expressing his imagination through film, and Uranus is stimulating his desire to grow in this direction." Stimulating Uranus creates a desire to grow? We did not know that.

For Jen and Vince, being stars appears to be more important than love, and their inevitable "Break-Up" was the only thing in the stars.