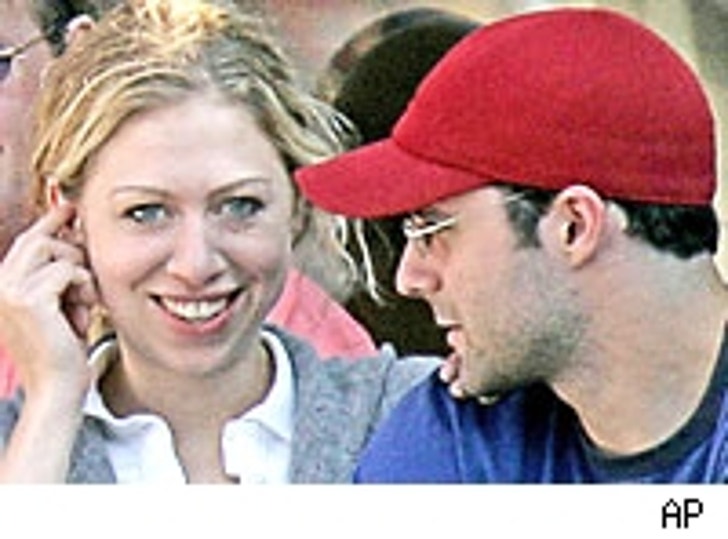 The father of Chelsea Clinton's boyfriend is currently behind bars, serving a seven-year sentence for fraud. Former Congressman Edward Mezvinsky, father of Marc Mezvinsky, is featured in tonight's "20/20" report on the Nigerian scams in which he was embroiled.

Chelsea and Marc have been dating for just over a year. Ed began serving his sentence in 2003 and is scheduled to be released in 2008. According to "20/20," Mezvinsky was caught up in several different scams, and eventually began stealing from clients to raise the money for other schemes. He lost more than $3 million as a result.

Federal prosecutor Bob Zauzmer told ABC, "He was always looking for the home run. He was always trying to find the business deal that would make him as wealthy as all the people in his social circle." Both Ed and his wife, Marjorie Margolies, have served in Congress.