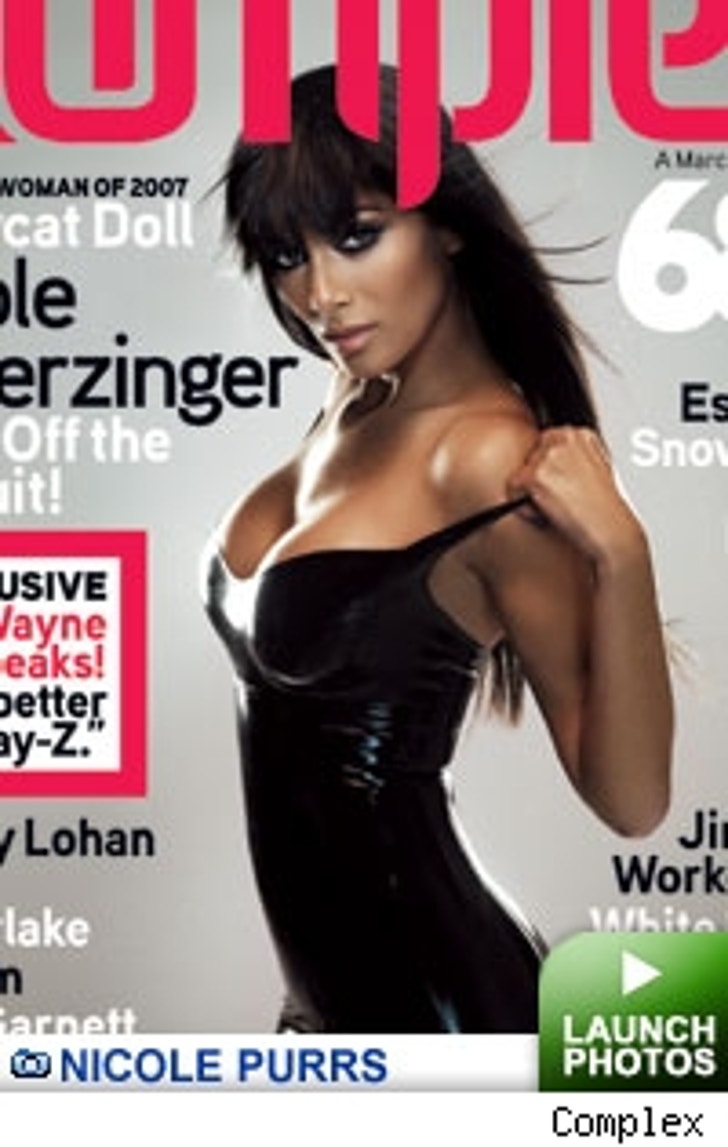 As lead singer of the Grammy-nominated racy pop group Pussycat Dolls, Nicole Scherzinger is used to "loosening up her buttons" and showing her sexy side.

Nicole tells Complex magazine that she's no tramp in real life, and if you can believe it, never really dated. "I grew up in a conservative Catholic family, so being in the Pussycat Dolls was a big stretch for me." And what a lovely stretch it is!

When Nicole joined the Dolls, she had only one request: "I won't be a Pussycat Doll unless you give me a solo deal." A diva was born. Now working on her solo debut, she has a diabolical master plan. "I want to do movies, another Pussycat Dolls album, and another solo album after that. I want to write my own Broadway musical, too." It's a shame she doesn't dream big.

While going pantyless may be the new black, you won't see Nicole baring her Pussycat parts anytime soon. "Coming from Kentucky, we're simple, so we wear kinda granny-looking, cute little flowery lacy things." What a doll.