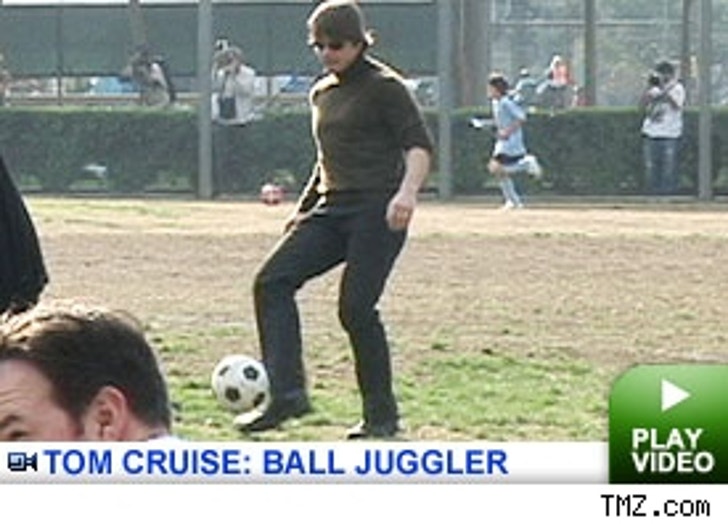 Just hours before Tom and Katie Holmes threw their over-the-top coming out party in Beverly Hills this weekend, the well-fed newlyweds were kicking it up at soccer again, along with their parents, to support Tom's daughter Isabella. After the game, the plumping action star got a low-impact workout by kicking the ball around with his family in front of the crowd. 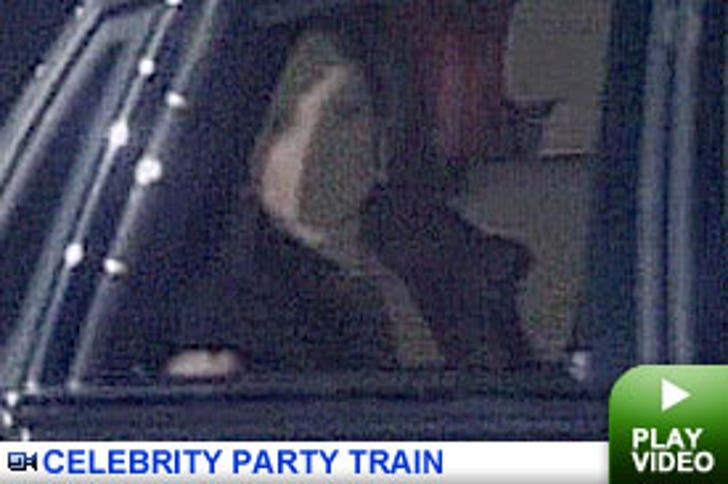 That evening, the couple headed over to the site of a $400,000 post-nuptial bash, where powerful showbiz players celebrated the TomKat agreements.

Over 300 guests, including Steven Spielberg, Jennifer Lopez and Marc Anthony, Cuba Gooding Jr., and Tom's former pharmaceutical foe Brooke Shields, who all braved a downpour to pay homage. The soggy twosome's honeymoon was also rained out.

Oprah and John Travolta were nowhere to be seen.