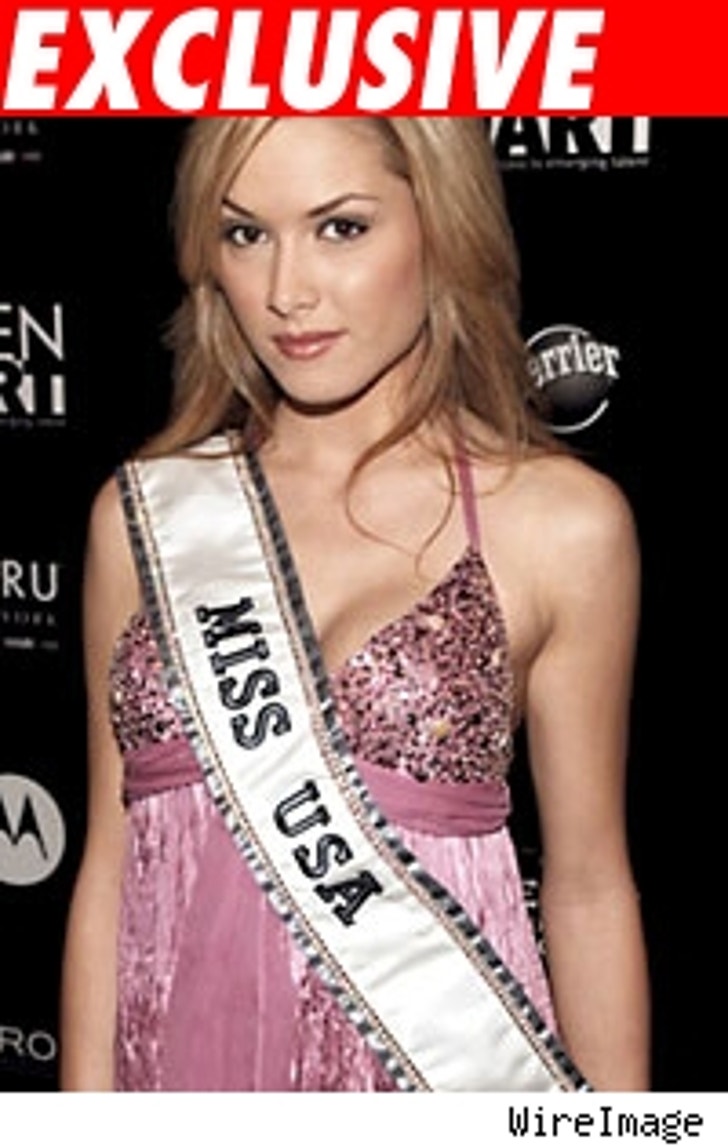 TMZ has learned that officials from the Miss USA pageant will make a "major announcement" today and may strip reigning Miss USA Tara Conner of her title due to inappropriate behavior.

Sources tell TMZ that executives from the Miss USA organization and NBC (which broadcasts the pageant) met Tuesday to discuss Conner and alleged incidents of her inappropriate behavior, including her conduct at New York City bars. While no one from the pageant would comment on the rumored troubles, several sources tell TMZ that a big announcement is expected some time Thursday. According to these sources, officials are extremely unhappy with the current Miss USA's conduct in public.

Pageant rules say that if Connor is removed, first runner-up Miss California Tamiko Nash will assume the duties of Miss USA and complete the remainder of the beauty queen's reign. When TMZ contacted a rep for Nash, we were told they could "neither confirm nor deny" that she would be taking over the title. 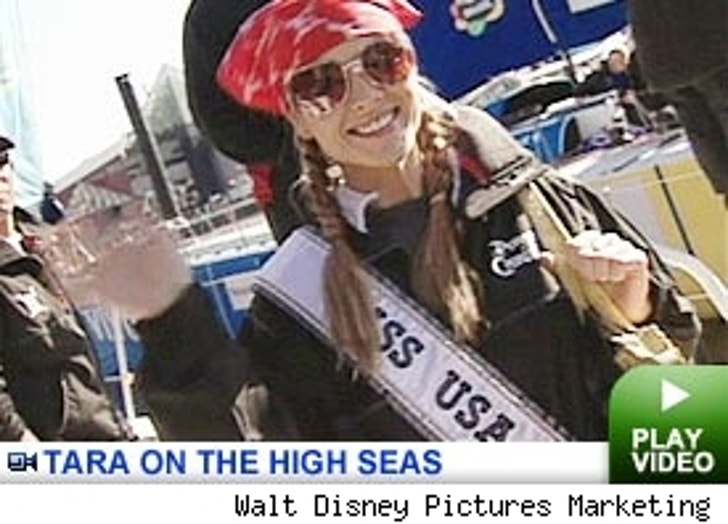 Twenty-year-old Conner, who hails from Russell Springs, Kentucky, was crowned Miss USA in April of 2006. As part of her duties Connor often takes part in high profile media events. She recently boarded the Black Pearl for a "Pirates of the Caribbean" promotion in Baltimore.

UPDATE: Donald Trump, who owns the Miss USA and Miss Universe pageants, told CNN that "Reports that Miss USA is being 'dethroned' are absolutely not true." He then said that Conner is "going through some personal problems and difficulties right now which could affect her ability to reign. We are right now looking into what we can do to work with her and what we will do about her reign going forward."

UPDATE: The Miss USA Organization has issued the following statement: "Miss USA Tara Conner has not been dethroned. The Miss Universe Organization and Mr. Donald J. Trump will be evaluating her behavioral and personal issues to see what we can do to work with her, and what we will do about her reign going forward. Mr. Trump will make a determination and announcement within the coming week."