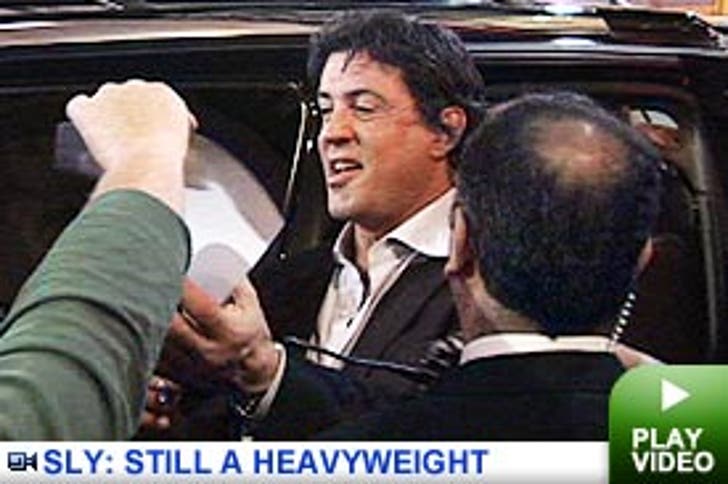 Sly Stallone is still the man, and he proved it yesterday.

He patiently went toe to toe with mobs of fans in Hollywood at last night's premiere of "Rocky Balboa," signing autographs and smiling for photogs. Thirty years since Rocky first stepped into the ring, the Italian Stallion proved he's still a knockout.

Also showing up for the premiere: Three 6 Mafia walked by in a Steel City cap, James Caan, and Jason Hervey of "The Wonder Years." Benjamin McKenzie showed his face, along with handsome "Rocky" co-star Milo Ventimiglia, who scribbled his name for fans.

Also out for the night: former teen idol Frankie Avalon, and the most politically incorrect man we know; Bill Maher, along with a guy anyone would want in their corner -- Paulie (aka Burt Young) himself!

Check it out in today's Star Catcher.