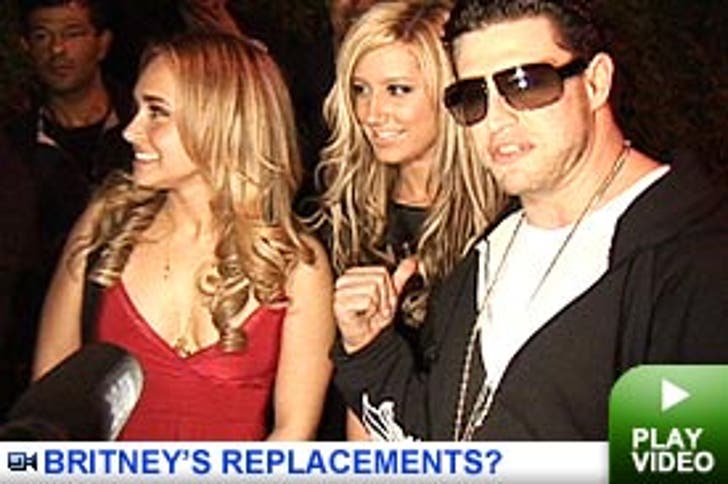 After cameras caught the music producer locking lips with the soon-to-be-ex-Mrs. Federline, the two haven't been seen anywhere near each other. Instead, Rotem was chatting it up at hip L.A. eatery Koi last night with "High School Musical" star Ashley Tisdale and 17-year-old "Heroes" star Hayden Panettiere. Maybe it was a business meeting. Maybe he was trying to save the cheerleader.

As the group left the restaurant, Rotem turned the photog frenzy into an impromptu press conference, promoting upcoming CDs for the two ladies. The best part -- Rotem saying, "but we're not really trying to use this to promote." Yeah right.