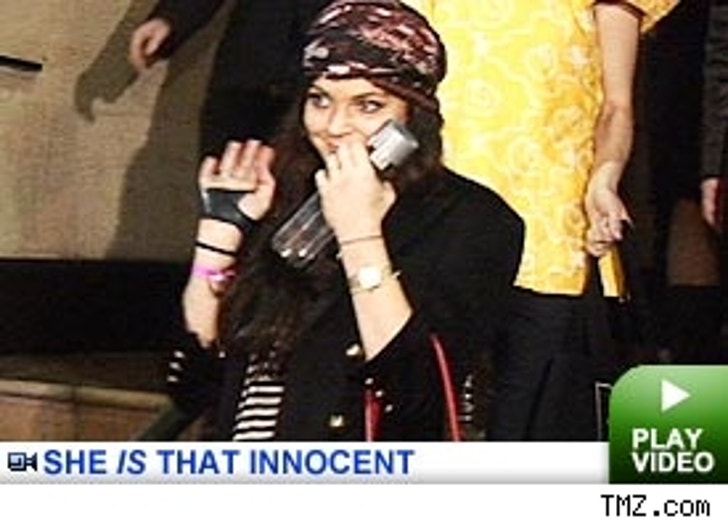 Lindsay Lohan may have given up drinking, but she's still having herself a good ol' time.

"Studio 60's" Matthew Perry also strolled up to Area, followed by Nick Cannon -- who yelled out "What up!" to the cameras. Close behind were Kim Stewart and Bai Ling, who was nice enough to blow us some kisses. Rick Fox showed up in a hoodie, along with Jason Wahler and (new BFF?) Andy Milonakis ... Now that's surely a match made in heaven.

Check out these kids -- and more -- in today's Star Catcher.