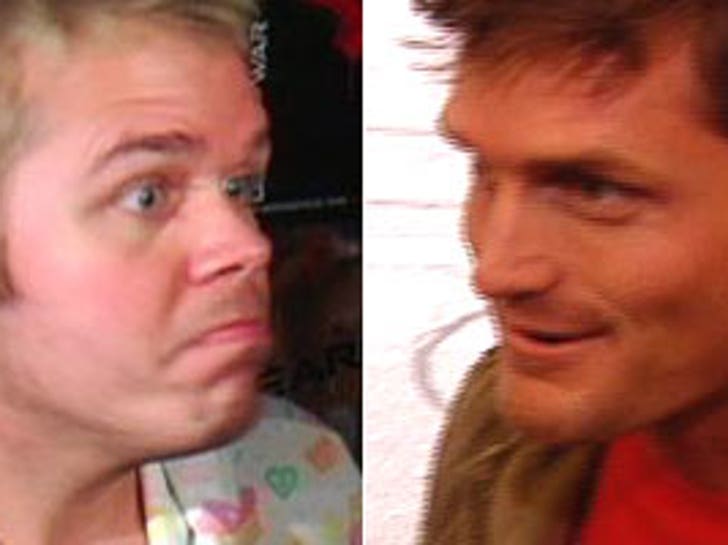 Reichen Lehmkuhl took to his MySpace blog to slam PerezHilton.com, and to clear up the saga of Lance and the one-named beefcake, or as Perez calls them, "Princess Frostylocks and The Third Reich." In turn, he calls Perez a "Big (blank) Ugly Liar, an Accused Thief and Criminal." It's ON! 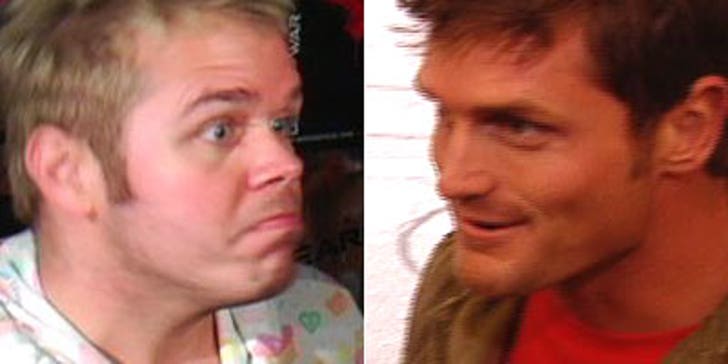 Reichen says that Perez's report that he made out without someone other than Bass at a party is a "blantant lie" [sic], and that Perez erroneously reported that the former *NSYNCer and "Amazing Race" winner had broken up. "Contrary to what this ugly wind-bag has reported, I have not broken up with my boyfriend. I did not go home with anyone from "Survivor" from any party..."

He also defends rumors that he's with Lance Bass for his money or fame, "My book was done before I ever met Lance...I'm self-sufficient and happy to be that way. I have served my country, I have made my own money, my own career, written my own books, bought my own homes and other possesions, and I'm proud to be this way, on my own."

As for Perez, he tells us "I'm flattered that Reichen is such a fan of my website."