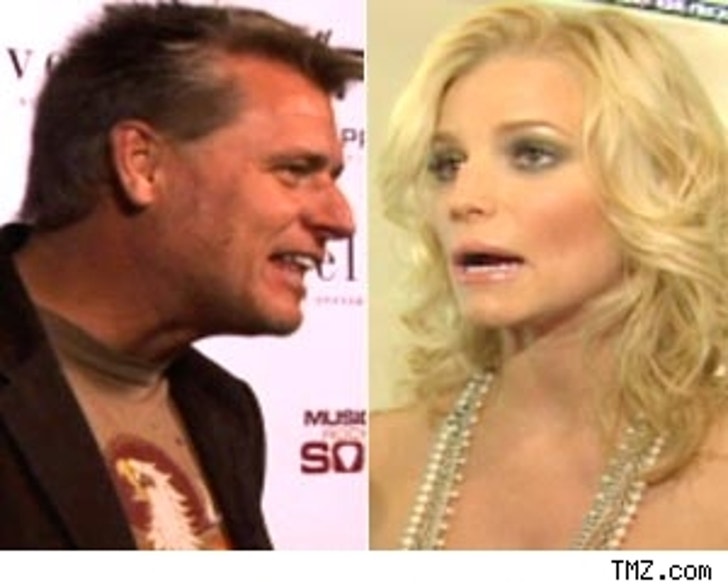 Pimp Daddy Joe Simpson is pissed that his paycheck, er, daughter Jessica, turned down a paying gig to party with John Mayer instead!

A source tells TMZ the family tiff started when Vegas' PURE nightclub contacted Joe to have Jess host a New Year's Eve party for what we are told was a large sum of money. Jessica wasn't interested in working on the holiday, says our source, and told Pops she wanted to spend a mellow New Year's sans glitz and glamour. With her recent Kennedy Center Honors debacle, film flop and tanking music career, the girl's had a rough year! An exhausted Britney Spears would go on to host PURE's festivities, until she fainted.

When Papa Joe found out baby Jessica's idea of a quiet night at home meant canoodling with Mayer at various NYC hotspots, the minister turned Svengali was livid -- not because she was with her new boy, but because she partied -- for free!

With Jessica reportedly not getting reimbursed for $15,000 in styling fees associated with her aborted Dolly Parton tribute, Joe is sure to have his little girl working double shifts in no time. Papa needs a new pair of shoes!