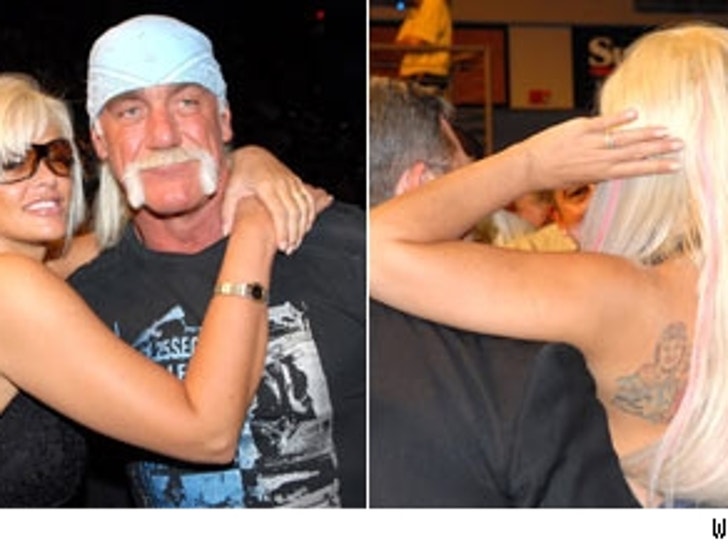 Anna Nicole Smith took some time away from her nasty custody fight with Larry Birkhead this weekend, and instead watched two other people beat the crap out of each other.

A freshly tattoed Anna Nicole Smith stopped by a championship boxing match in Hollywood, FL, where she posed with fellow platinum blonde Hulk Hogan and showed off her new body art. 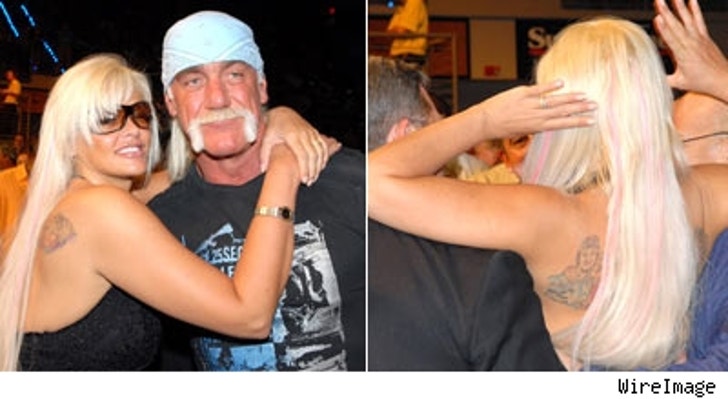 In a tribute to her children, Anna had an image of her late son Daniel inked on her left upper back and baby Dannielynn's pic tattooed on the right. Apparently, she doesn't carry a wallet.