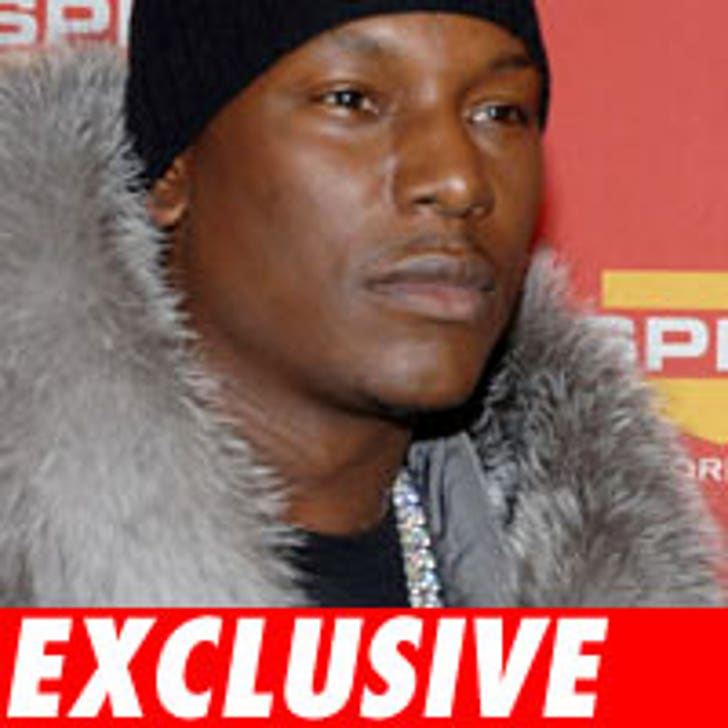 The attorney representing the girlfriend of singer/actor Tyrese Gibson has issued a statement in response to an altercation that allegedly occurred at a Los Angeles home last Thursday night.

The woman's attorney tells TMZ, "Reports that Tyrese punched my client -- his girlfriend -- in the arm, thigh or anywhere else are false. It is true, Mr. Gibson and his girlfriend had been arguing. She became very emotional and distressed during the argument and called 911 in an attempt to get a mediator. Mr. Gibson, frustrated, left the home. My client, Mr. Gibson's girlfriend, who is 11 weeks pregnant, then became more upset and began throwing up. When the paramedics arrived, concerned about the baby, they took her to the hospital. Fortunately, she was fine. Once at the hospital, she was asked by a nurse whether she had been assaulted. She said no. She was then asked what her pain level was on a scale of zero to ten. She said zero. She then discharged herself. Mr. Gibson and his girlfriend are very much still in love, together and excited about their expectant child. She is quite saddened that this event was so distorted."

Police sources tell TMZ they are "interested" in speaking to Tyrese about the incident.

No charges have been filed.