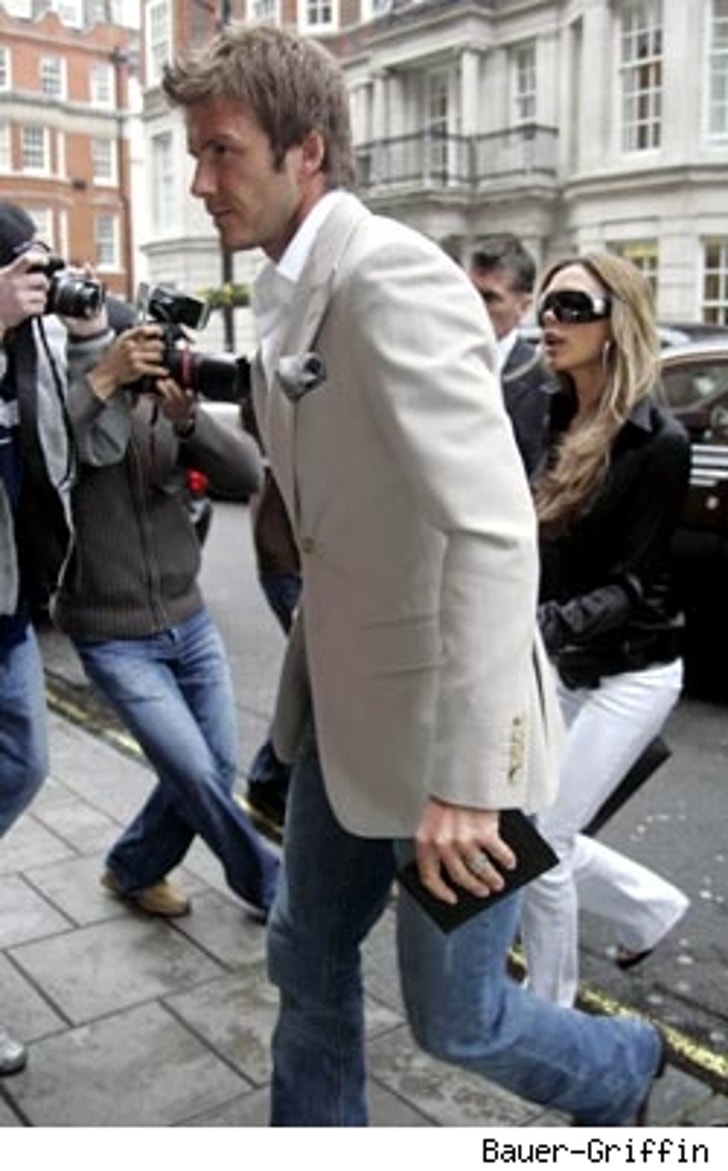 David and Victoria Beckham might not be household names in the U.S. just yet, but they will be very, very soon.

TMZ talked to several prominent paparazzi agencies, and they all agreed that the Beckhams will be getting very special (and relentless) photographic attention from the minute they hit our shores. Said one well-placed source, "All the big agencies will probably send a couple of photogs over just for [them]." Another respected lensman told us that the couple's friendship with TomKat will only make them more visible targets for shutterbugs, and that they'll be at least as eagerly watched as Brangelina, if not more.

No one is more used to having literally every part of his body scrutinized by the media as David Beckham: When he broke his left foot before the World Cup in 2002, newspapers and TV ran daily, almost hourly updates on his status, and a leading psychic urged the entire country to "will" Beckham's foot to health. And he played!